Facebook’s market capitalization value has dropped by more than $120 billion in two hours. Facebook is widely acclaimed as being the biggest social media platform worldwide with billions of users. According to industry experts, Facebook’s investors got shaky after the company posted declining profits in the second quarter of 2018.

Facebook’s value plummeted in March 2018 after the Cambridge Analytica scandal but reportedly saw a 43% rise later on. This gave analysts the impression that the company doesn’t have to worry about any scandals and conclusively, made investors feel very certain of the company’s efficiency. Well, at least up til now. After Facebook released its earnings report for Q2 2018, investors apparently lost their trust in the company after the loss in profit was revealed.

One of the major reasons behind the drop in value is the slow growth of users and no growth at all scenario. Facebook gets 70% of its ad revenue from the United States and Europe and these are the markets where Facebook charges the highest amounts for ads. However, the social media platform actually saw its monthly average users decline in Europe from 377 million to 366 million users. In the United States, the user figure didn’t grow at all, staying at 241 million.

Facebook’s shares dropped to $173.5 in after-hours trading yesterday, which shows a 20% drop. The 20% drop in value, if it wasn’t obvious, caused Facebook’s value to go down by $120 billion. To put this in perspective, this is the largest drop in the value of a public company. The second spot is claimed by Intel Inc., who suffered a loss of $91 billion back in 2000.

Facebook does not expect its revenues and profits to improve significantly over the next few years. Facebook is constantly on the lookout to improve its position in the realm of cybersecurity and digital privacy, which can be seen by Mark Zuckerberg saying that he does not want Facebook to be associated with the negativities of life (fake news, election manipulations etc.). 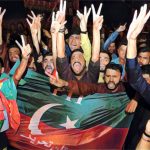