Two former executives of The Abraaj Group, a Dubai based private equity firm that collapsed last year, have been arrested on US charges of defrauding investors. Many US investors including Bill and Melinda Gates Foundation were the victims of fraud.

Arif Naqvi, the founder, and ex-CEO of Abraaj Capital Ltd. was arrested last Friday in the UK and is awaiting possible extradition to the US. Whereas, Mustafa Abdel-Wadood, a former managing partner, was apprehended on Thursday after arriving in New York with his wife and son. Both executives are now in US law enforcement custody.

According to Reuters, Assistant US Attorney Andrea Griswold stated in a recent court hearing in Manhattan that “the government moved forward because this defendant was present in the US this week unexpectedly. In truth, Abraaj was engaged in a massive fraud.”

She said prosecutors plan to file more detailed charges by the end of next month. The prosecutors are of the view that both accused caused misappropriation of “at least hundreds of millions” dollars.

Meanwhile, Wadood’s lawyer Benjamin Brafman declined to comment before court on the matter and has not disclosed the purpose of Wadood to bring his family back in the US. On the other hand, Naqvi appointed a lawyer in Dubai who has yet to respond to media outlets seeking comment on the charges.

It must be noted that Abraaj was the largest private equity player in the Middle East until it collapsed last year in May following a row with investors that included the Gates Foundation’s health care fund of over a billion dollars.

Naqvi was out of the country at the time when he was charged in UAE in a $217 million bounced-check case. The case was settled after the court sentenced him to three years in prison.

The prosecutors remarked that such frauds “impact investing” that promotes social progress, for instance the abuse of investment in the health-care sector in developing countries. 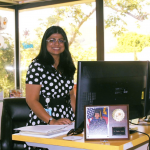