Technology is an enabler, a tool that provides a neutral play field for everyone irrespective of cast, creed and gender. At TechJuice, we have covered dozens of success stories, people going from rags to riches using Internet and Technology. But seldom have we come across women who have been able to do the same.

Pakistan is the 6th most populous country of the world, almost 50% of its population comprises of women. This half of our population remains largely under-represented in the technology industry. Gender equality comes bearing a lot fruits, if acknowledged. Gender diversity in workplaces could mean an exponential growth for not only our technology industry but our economy as well. But it is easier said than done.

The situation right now is so dire that only 14% of our technology industry comprises of women. The amount of women in technical roles is far less than that.

So, why are women so under-represented in technology? Why don’t we see women in roles they are fully qualified for? What is stopping women from achieving their full potential?

At the heart of this issue that plagues our technology industry, lie answers that have strong sociocultural roots. Over the course of years, a career in technology has somehow become synonymous with men.

Pop culture hasn’t helped either. The geeky protagonist you see in a TV show almost always happens to be a male.

You may argue that the woman you see today is a very modernized version of her ancestors, one who is the flag-bearer of freedom. As much as we all would like, that woman does not represent even half of our country’s population.

More often than not, if a woman decides to pursue a career in technology there are numerous challenges looming over her head. She will either be coaxed by her family to opt for a more girly career. Then there are by-standers with stereotypical thinking who are of the opinion that girls are too fragile to understand a superior thing like technology. And by some miracle, if a woman is able to shape up a career for herself in technology, she is almost always on her own. She is expected to run a house and tackle her career single-handedly.

The reason why this type of thinking has gone on for too long is because no polarizing women have risen to take a stand on the situation.

There is a sheer lack of strong role models for women in tech.

Furthermore, the number of supporting figures in a woman’s life are minimal which in the long run dries up her passion and she opts for a life society deems right for her.

But not all women go out quietly. We were lucky enough to talk with some women working in Pakistan’s leading technology workplaces. These women are a great role model of strength and perseverance. In order to celebrate these women, TechJuice is initiating a series called Girls Can Code. Our main aim via this series will be to bring to light the stories of these brave women, the challenges that require our immediate attention and present some recommendations to improve the state of diversity in our technology industry.

In our first interview tomorrow, we will be speaking to Zahra Khan, Team Lead and Project Manager at Arbisoft. Arbisoft is one of the fastest growing software services companies in South East Asia. The organization has managed to rapidly build and grow a world class team of engineers ready to take on diverse and challenging technology development projects.

This year hundreds of girls will graduate with a hard-earned degree in computers. But when the time comes to turn that academic choice into a professional one, most of the girls will back out. With our series, we will be exploring the core issues and reasons which diminish the number of girls in tech roles. We will also try to identify the pain points owing to which the number of women in tech pipeline gets leaky at mid-career level. 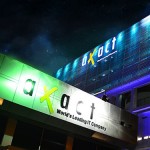