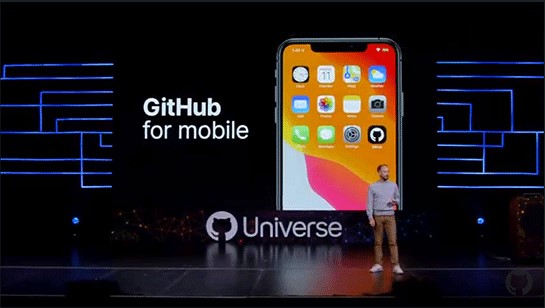 GitHub announced a number of new products at their annual Universe conference, on the 13th of November. The highlight of the event, however, was the announcement of GitHub’s first mobile application, along with a new and improved push notifications.

The app, a beta version for which is available on iOS devices with Android support on its way, offers a simple and clean experience. The developers at GitHub have focused on delivering the essential features that other developers such as themselves would need on the go. These features include the ability to give feedback on discussions, review a limited number of lines of code, and merge changes pushed by other members.

However, the announcers at GitHub Universe did get the point across that this application is, by no means, a replacement for the desktop experience. Although launching the app on a tablet device does give you a little more room to work with. It shows you more of the code and allows a number of additional changes and controls.

The second feature that the hosts at the conference focused on was the all-new notifications experience. Before the update, users all across the globe had concerns regarding the number of notifications that the app pushes out in any given period. The company has now introduced filters for your notifications and an inbox built right into your desktop application. Using the new filters feature, users can now narrow down the more important notifications from the pesky, unwanted ones.

GitHub has also introduced new scheduled reminders for pending code reviews and have added a pre-release program for their updates, which will allow a specific number of users to try out the feature before it is publicly released. 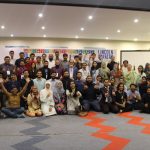