India’s competition commission fined Google $161.9 million on Thursday for anti-competitive actions relating to Android mobile devices in “various regions,” a big blow for the search giant in the vital foreign country where it has put billions of dollars over the last decade. 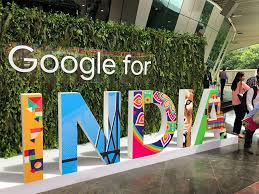 The Competition Commission of India, which began investigating Google three and a half years ago after receiving a complaint from two junior associates and a law school student, stated in a press release that Google’s requirement for device manufacturers to pre-install its entire Google Mobile Suite and mandating prominent placement of those apps “amounts to imposition of unfair conditions on the device manufacturers” and thus was in “contravention of the provisions of Section 4(2)(a)(i) of the Competition Act.”

Google announced a $10 billion investment in the South Asian market in 2020. It has already invested up to $5.5 billion in domestic telecom behemoths Jio Platforms and Airtel.

Last year, the competition regulator’s handling of the much-anticipated report itself made headlines after a draught of its findings was leaked and reported by the press. In response, Google filed a lawsuit against the regulator over the report’s leak, citing a “breach of trust” that hampers its ability to “defend itself and hurts Google and its partners.”

Google has used its dominating position in the app store market for Android OS to enter and protect its position in the non-OS specific web browser market via the Google Chrome App, in violation of Section 4(2)(e) of the Act.

Google has used its dominating position in the app store market for Android OS to enter and protect its position in the OVHPs market via YouTube, in violation of Section 4(2)(e) of the Act.

By making pre-installation of Google’s proprietary apps (particularly Google Play Store) conditional upon signing of AFA/ ACC for all Android devices manufactured/ distributed/ marketed by device manufacturers, Google has reduced device manufacturers’ ability and incentive to develop and sell devices operating on alternative versions of Android, i.e., Android forks, and thereby limited technical or scientific development to the detriment of consumers, in violation of the DMCA.

According to the antitrust watchdog, device manufacturers should not be forced to install Google’s suite of applications. The search engine should not refuse suppliers access to its Play Services APIs or monetary and other incentives.

Analysts believe the regulator’s ruling will slow Google’s market expansion. And it’s unclear how Google would comply with the corrective measures unless it makes substantial adjustments to its business objectives.

More than 150 startups and enterprises in India began collaborating two years ago to create an alliance. They played with the concept of opening an app store to reduce their dependency on Google. The backlash caused Google to postpone the implementation of its new Play Store charging regulation in the nation. 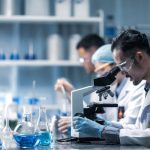