The pro-rector of COMSATS Institute of Information Technology (CIIT) has been suspended after he was found guilty of plagiarism charges leveled on him by the Higher Education Commission (HEC). Haroon Rashid’s PhD was cancelled by the Preston University after the Islamabad High Court confirmed that his doctoral thesis was copied.

According to the anti-plagiarism policy of the HEC, any person that is involved in a plagiarism issue before 2007 will not only lose their degree but will be stripped off any position or post they hold because of the degree. This is exactly the case with Haroon Rashid.

This decision of suspending Haroon Rashid was taken by the CIIT Board in a meeting on 12th June. In the meeting, it was mutually agreed that Mr. Haroon Rashid would be given a personal hearing on Friday, 17th June before the final decision on his termination is made. However, Haroon already left the country for the United States on Friday, along with his family.

Another point discussed at the meeting was the future of the NTS (National Testing Service) since it was also headed by Haroon Rashid. Some sources believe that Haroon Rashid will be removed as the CEO of NTS after being suspended as pro-rector of CIIT.

However, a close source to the NTS has said, “NTS is registered with Securities and Exchange Commission of Pakistan in the name of Haroon Rashid not “Dr” Haroon Rashid which means PhD is not required for its CEO”. 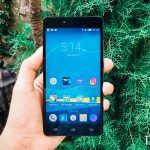