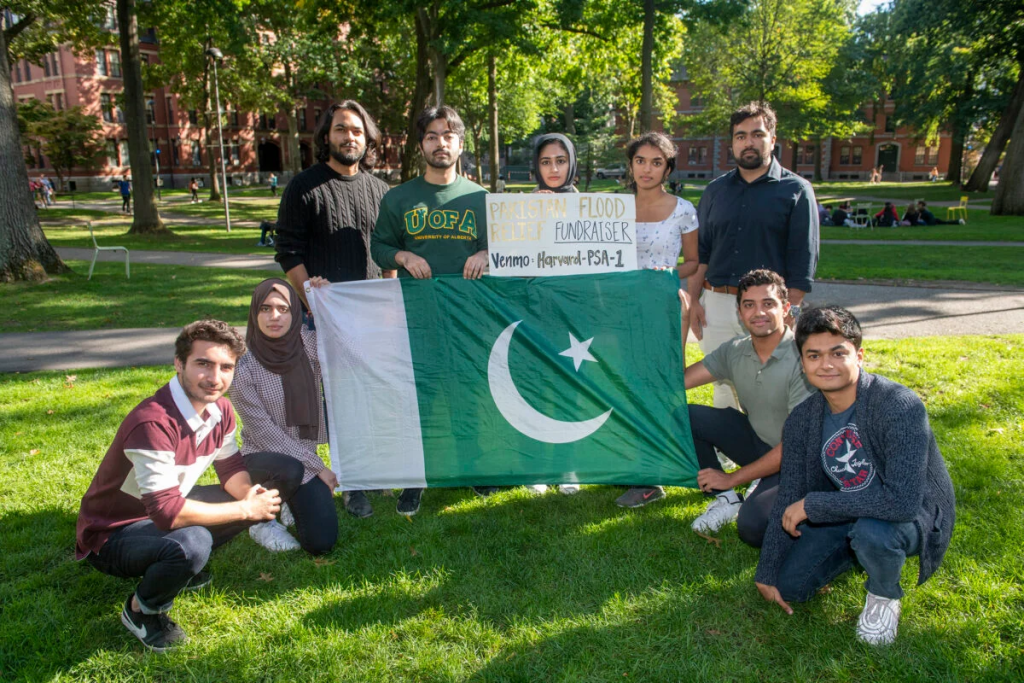 In the aftermath of Pakistan’s severe natural catastrophes of nationwide floods, the Harvard College Pakistani Students Association has taken to dining halls and public meeting locations to raise awareness and donations for flood victims.

To date, they have gathered more than $32,000 in donations, which has been distributed to five Pakistani NGOs that offer meals, shelter, sanitary items, and other necessities to victims. Furthermore, the campaign has inspired other South Asian groups at Harvard and other universities to mobilise and deliver relief.

The efforts of the group come at a time when more than one-third of Pakistan is under water. More than 1,300 people have perished as a result of the flooding, and millions more have been affected.

The HCPSA, which was created in 2011, has been tabling in Harvard’s Smith Campus Center, distributing posters across campus, and publicly asking other clubs to support its efforts. However, the group’s founders claim that Harvard administration have been unsupportive of their effort.

“We’ve heard nothing from the administration during this entire fundraiser,” said Asmer Asrar Safi ’23-’24, an HCPSA board member. “It’s been upsetting and disillusioning on so many levels.”

Members of the organization requested that virtually every pair of Harvard faculty deans — who preside over the College’s 12 upperclassman houses — support their efforts by individually sending house-wide emails to raise awareness and cash.

According to Safi, the academic deans of Eliot and Lowell Houses first consented to distributing the news via their houses’ email lists. Faculty deans from seven other houses did not answer or denied the group’s request at first, according to Safi, but they later responded to the HCPSA after a Crimson query about the group’s grievances. Kirkland and Leverett House faculty deans had not responded to HCPSA as of Wednesday evening. Pforzheimer House deans Anne Harrington and John Durant declined to deliver the memo but promised to help disseminate awareness and proposed sending the news via the house’s open email list.

In separate emails to The Crimson, the deans of Cabot, Dunster, and Currier House stated that they intend to support student initiatives in the coming weeks. The organization did not contact the Quincy House faculty deans.

Safi also urged Harvard’s senior officials to address the matter, claiming that it is a double standard for the university to openly respond to the invasion of Ukraine while remaining silent on calamities impacting people of color throughout the world. 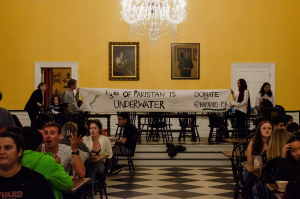 “There’s a double standard,” he pointed out. “When anything happens in Ukraine or something that is aligned with the West’s or Harvard’s interests, everyone is on their feet, advocating, donating, and conducting conversations.”

“There are double standards in the Harvard community,” he noted. “Our folks aren’t designed to decay.” That is not what we desire for our people, and it is not the notion we have been given.”

Other student organizations have backed the HCPSA’s initiatives. Harvard Ghungroo co-director Shraddha Joshi ’24 said members of her organization have helped finance and build awareness for the campaign through events and outreach.

According to Safi, the HCPSA has raised around $14,500, exceeding its initial goal. On September 17, it will host an event with the Harvard Advocate and Ghungroo.

“Countries like these, which do not contribute to the climate calamity, are the most affected,” said Aseelah Salman Ashraf ’24, president of HCPSA. “It is our job and prerogative to assist.” 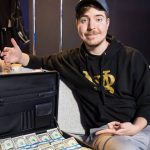