When you open your file explorer on your Windows PC you may have noticed that your Windows operating system uses the letter ‘C’. Although no one has ever thought of it, it actually looks very absurd since the alphabet order starts from the letter ‘A’, and based on common thinking one would have assigned the letter ‘A’ for any order. So why does our local disk drive is called ‘Local Disk C’ instead of ‘Local Disk A’?

Well, this goes way back to the early days of personal computing when MS-DOS was considered the major operating system. In those days, the average PC did not have hard drives as they were highly expensive and used mostly in most high-end computers. As a result, the average consumer had to run their operating systems and other programs directly via floppy disks. For these floppy disks, drive A and B were assigned. In other words, in the 1980s almost every personal computer came with only two floppy drives which played a huge role in running MS-DOS at the time.

Slowly as hard drives became more affordable, personal computers started adopting them into their systems and hence a reserved drive was made for it with the letter ‘C’. Though there have been computers in the past that have had three floppy drives instead of two but later on the third drive was always reserved for the hard disk.

So as Windows which we used today was based on actually based on MS-DOS, Microsoft has always adopted using the ‘C drive’ to store the OS. With Windows XP being a popular OS back then, it was fairly cemented that ‘Floppy disk A’ was used for floppy disks. However, in today’s PCs it is very rare that you would see any desktop having a floppy drive. Even such desktop cases do not exist anymore.

Hence, Microsoft has always stuck to the letter ‘C’ and many programs have assumed the location of ‘local disk C’ as the place to place data and install other files.

Now that does not mean you can’t change the letter, you could simply head to your computer’s disk management and simply change the letter from C to A but be warned as by changing the letter means that all programs that were installed in that drive may get corrupted. 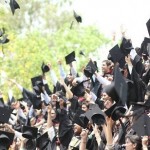