The hearing of the case regarding blocking of unregistered mobile phones by the Pakistan Telecommunication Authority (PTA) recently took place at Islamabad High Court (IHC). The court has issued a detailed verdict on the deadline to block unregistered phones.

The high court has said in its order that PTA must take the decision about unregistered mobile phones within 30 days. A lawyer representing mobile companies said he had forwarded a letter to the PTA, but didn’t get any response.

Previously, Justice Athar Minallah of the IHC conducted the hearing of the case and had remarked that the stance of the mobile phone operators is correct and PTA should resolve the issue on priority bases. As of now, the court has declared the petition against PTA ‘premature’ and ordered that PTA should decide the fate of unregistered phones within the aforementioned time. The IHC bench has summarized the case after announcing this verdict.

Last month, the Senate body had requested the Ministry of Information Technology and Telecom to review the proposed registration system for mobile phones and the court also allowed people coming from abroad to bring more than one mobile for personal use or as a gift.

The Device Identification Registration and Blocking System (DIRBS) was launched last year in May, to block stolen, smuggled and duplicate mobile phones across the country by using the distinct IMEI (International Mobile Equipment Identity) number of each device, along with other parameters. 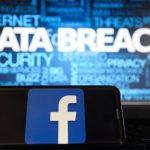