The upcoming flagship device from Samsung, Samsung Galaxy S10 could cost buyers a lot of money.

The launch of Samsung Galaxy S10 is just a few weeks away and we already know a lot about the smartphone. According to the latest leak which comes from an Italian tech media company, TuttoAndroid, the upcoming premium smartphones from the South Korean giant could cost quite a lot compared to previous models. The smartphone would come in three variants S10 Lite, S10, and S10+, while each of these would also come with different RAM options. 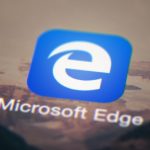