Apple’s flagship smartphone, the iPhone might get banned from India after the company’s refusal to comply with local laws.

An India Telecom Regulatory Authority (TRAI) policy requires all users to download an app called “Do not disturb”, which enables them to report spam messages and calls. This app requires access to the user’s contacts, messages and call logs etc., something Apple isn’t comfortable with considering recent privacy blunders on the internet.

Apple has been refusing to allow the app to be listed on the App Store due to these concerns but it seems like they might be forced to do so by the Indian regulatory body. Last year, when the policy in question got introduced, Apple refused to authorize it and at that time, sources said that the Government of India might take steps to enforce the decision upon the technology giant.

Last week, a revision to the policy mandated all users to install the app. Prior to the revision, the app was considered a voluntary choice.

TRAI has reinstated that all manufacturers have 6 months to comply with the policy and failure to do so will result in telecom operators barring their devices from accessing cellular networks. In easier words, their phones would lose the ability to access voice, data and SMS services. The policy states:

“Provided that where such devices do not permit functioning of such Apps as prescribed in regulations 6(2)(e) and regulations 23(2)(d), Access Providers shall, on the order or direction of the Authority, derecognize such devices from their telecom networks.”

Apple’s troubles in India are increasing day by day. A recent report revealed that Apple’s revenue in the country is declining and side by side, three of the company’s top-level executives have left the firm amid declining sales. If you look at this from a broader perspective though, it feels like the revenue issue is the least of concerns for the Cupertino giant for now.

Apple recently initiated local production of the iPhone 6/6s in the country, hoping to tap into the country’s vast consumer base by reducing the product’s price. However, current import duty rates meant that the iPhone’s prices would persist at the current rates, which start from roughly $500 (which is more than $300 above the country average smartphone price of $157). 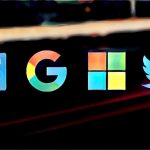