Pakistan has all the problems that a country can have, whether it be an inconsistent and unstable political situation or a pathetic water irrigation system causing minor or major floods every year. One would think that no one in Pakistan would be thinking about Metaverse right now and rightly so as the education system has failed to create a competitive tech environment like India. Sure, Pakistan has a lot of Freelancing force that brings billions into the country every year but these are only basic level IT professionals, and there is not a single entity worth mentioning that impacted the world’s tech progression. So the answer to the question in the title must be NO right? We will discuss the importance of Metaverse for Pakistan and the steps it must need to take in order to excel in the field.

The Importance of Metaverse In Economy

When the Internet came into existence in the 1990’s it was a confusing model and no one really understood it so they initially rejected it everyone thought that it would never get any recognition and that the “digitization” of businesses was far from reality. But now, 30 years later 15% of the world’s economy is based on the internet and is referred to as the “digital economy” and the other 85% is also hugely impacted by the internet and would probably suffer a ton if we remove INTERNET from the world today which means everything now is related to Internet one way or another.

The same thing is expected to happen with Metaverse and Web3.0 in general. The early movers would benefit a lot from the industry and the countries like Pakistan that didn’t choose to invest in it at the right time would be so far behind in the race that it would become impossible to catch. The countries in the neighboring who are investing in Web3.0 are China and India. Though as of now the metaverse is regarded as games and the blockchain as crypto, the use of Web3.0 is way more than that and the industry would reshape itself in no time. Some expect the Metaverse will generate more than 10 trillion dollars in value and tens of millions of new jobs.

Importance of Metaverse For Pakistan’s Tourism

Pakistan has one of the most beautiful sights in the world and people from all across the world despite the foul image portrayed by the Media.

With the advancement in Metaverse and the realistic 360DEG videos now people can tour wherever they want with VR glasses without having to leave their beds.

Any guesses on how am I going to connect those? Just imagine 3D videos and immersive VR that depict flying like a bird over valleys in Gilgit-Baltistan, virtually climbing Himalayan peaks, or experiencing the best camping sites in Pakistan. Such technology will let anyone in the world experience a slice of Pakistan’s natural beauty from the comfort of their home. Marketing like that will naturally pique a lot of interest and vigorously feed Pakistan’s tourism. This can bring a huge market out of it and the hesitation involved in actually coming to Pakistan would be no longer a hindrance if someone wants to give Pakistan dollars for a visit.

I know, it is a far-flung idea and a lot of effort and funding have to go into it but still, it is only difficult until it’s done and the odds say that this is definitely worth trying.

There are literally hundreds of other use cases but instead of building imaginary sights, I would like to tell some steps which Pakistan can follow to actually progress in the field.

Addressing data collection, usage, rights, and penalties must have a defined framework of actions and rewards in order to maintain a smooth. The Metaverse will capture much more user data than social media. Cameras, microphones, and sensors will record nearly every movement, every word, every expression, and much more in the Metaverse. Pakistan needs a Metaverse policy right away before tech giants swoop in and goad government officials into signing contracts that enslave Pakistan’s virtual future on the pretext of globalization

Developing appropriate academia is important for any huge advances in computational resources, blockchains, bandwidth, networking, and AI-based optimizations which are needed to make the Metaverse possible. Pakistani university curriculum and research should nurture these competencies among scholars. Accordingly, technology universities can be mandated to offer relevant courses, or at least one ‘Metaverse 101’ course. In case of a shortage of competent professors, a suitable online course or seminar can be made compulsory. A small start like this can someday snowball into a more meaningful curriculum upgrade as the Metaverse matures in the future. 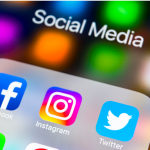