It’s been 16 years since Oppo started its journey

Today we’re celebrating 16 years of OPPO! 🙌
Here’s some of our most iconic devices, past and present. 😍

The company’s journey started in 2008 with the Oppo A103, better known as Smiley Face, and the waves it made with its adorable design. Ever since then, Oppo has gone on to experiment with rotating camera sensors on the Oppo N1 to creating camera powerhouses like the Reno 10x Zoom.

Alongside its booming smartphone business, Oppo has diligently worked on its set of high-end headphones and amplifiers. In fact, it was also a pioneer in quick charging technology with its VOOC flash charger which can deliver up to 125W, as of this year.

Speaking of pioneering stuff, let’s look at some other groundbreaking achievements that Oppo can be proud of. For starters, its Reno 5G smartphone had the honor of being the first 5G-enabled smartphone in Europe. The Oppo Gamepad C1 was not only a highly entertaining masterpiece, but it also set a new Guinness World Record for “The Largest Video Game Controller”. The company also made history by becoming the first smartphone brand to hold a product launch at the Louvre Museum in Paris!

Oppo has more than 350 million customers all across the world, which is pretty close to the population of India. On average, it intercepts over 300 billion cyber attacks every year to protect its users’ privacy. It plans to invest $7 billion in R&D over a 3-year period, so you can expect more smart devices soon. Wondering how many times your Oppo phone has been tested before you got it? Well, 390 is the figure you’re looking for.

When all is said and done, Oppo can look back at a glorious past. And considering how its consumer electronics empire is shaping up, it can look forward to an even brighter future. 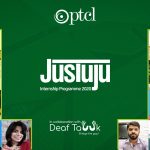