It has been over four months since India cut of all lines of communication in India Occupied Kashmir (IOK). During these 4 months, Kashmiris have been denied access to telephone lines, Internet or any other method of contacting the outside world. Now, the people of Kashmir are having their WhatsApp accounts deactivated due to 4 months of inactivity as a result of WhatsApp policy on inactive users.

Naturally, this had people and especially Kashmiris living abroad wondering why these accounts were being shut down. There was confusion as to why their friends and family members suddenly started leaving groups. It turns out WhatsApp follows its parent company Facebook’s policies on data security which led to these inactivations. “To maintain security and limit data retention, WhatsApp accounts generally expire after 120 days of inactivity,” said a spokesperson of the popular messaging app while talking to BuzzFeed News. “When that happens, those accounts automatically exit their WhatsApp groups. People will need to be re-added to groups upon regaining access to the Internet and joining WhatsApp again,” he continued.

This paints yet another stark picture of the Indian brutality going on in Kashmir for the world to see. Kashmiris are being deprived of the fundamental right to communicate with their loved ones or be aware of what is going on in the outside world. 4 months without internet access is unheard of in this age. This is just the tip of the iceberg, and countless other aggressions are being carried out against the Kashmiris by Indian forces that we know nothing about. 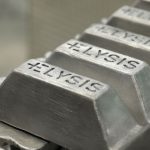