CARMA X, the tenth iteration of 3-day International event CARMA ended on 16th of January 2019 at LUMS. CARMA, being one of the flagship events of The Lahore University of Management Sciences’ Daily Student (LDS) society, is known for delivering one of the best journalism competitions across the country.

CARMA was scheduled at LUMS between 14th to 16th of January 2019. The theme of this iteration of CARMA was the 60s. The theme was aimed at exploring the various events that took place in the 1960s, paying specific attention to the Vietnam War, Civil Rights Movement, Rock and Roll, Hippie Age, the evolution of Student Unions, the assassinations of Martin Luther King and John F Kennedy, and a number of other historically significant events. Specific emphasis was paid to the role of journalism during this decade.

Although all three days of LUMS CARMA were filled with exciting talks and activities, here are a few highlights which caught the attention of everyone in attendance: 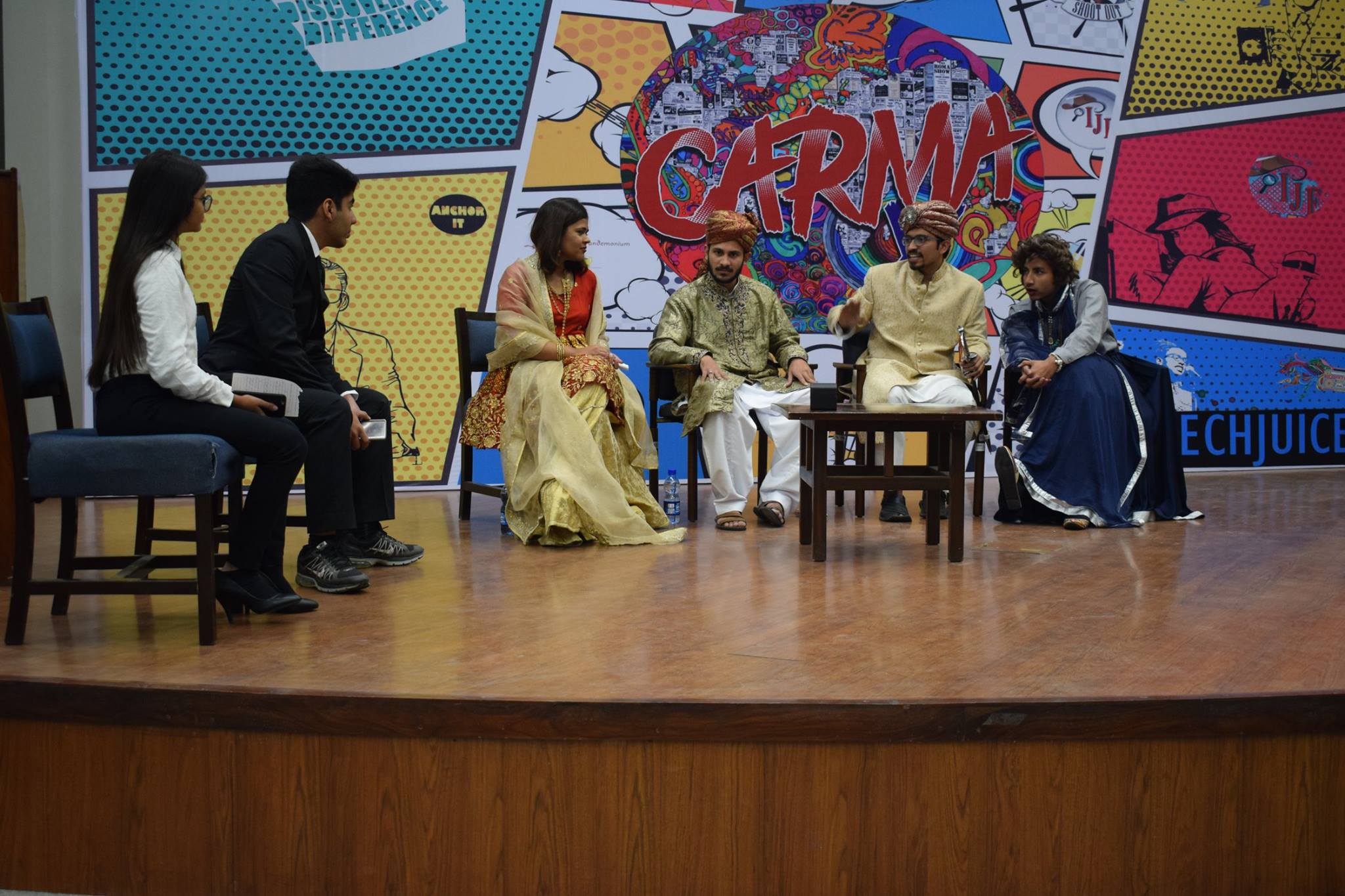 Day 1 was officially kicked off by a panel discussion on “Evolution of Journalism from the 1960s till today” led by the guests including Mr. Talat Hussain who is a well-known journalist, analyst, and anchor along with Mr. Raza Naeem who is a progressive writer, social scientist and also a book critic. In order to cheer up the guests and the participants, Qawwali night led by Shahzad Santoo Khan and his party was arranged.

Day three’s top highlight was radio journalism event Voice Box. Which was judged by Mr. Raza Naeem. Along with that the concluding ceremony was conducted at the end of day 3. Guests for the closing ceremony were Asad Nizami (Director of Pakistan Today), and Amin Hafeez (news reporter at Geo News).

Generation’s School, Karachi was declared as the best delegation and overall winner of CARMA X.

Here is a list of all the winners of the individual events:

In ShootOut, participants had to capture and compile the events to create a news broadcast, which contained all the basic elements of a broadcast; both narrative and technical. Patricians were judged on how well they covered these basics. A workshop was held to show the participants how to create such a clip, and last year’s winning story was also played to guide participants.

IJE personified the idea of investigative journalism. This event forced the participants to delve into a dark realm of murder and mystery. Where they found themselves using a combination of analytical and perceptive skills, as well as creativity in to unravel the web of secrets which hidden the culprits and tie the storyline together in a news report for the world to read.

Print Pandemonium started with a workshop in order to arm the participants with the basic skills of writing a news letter. At least one original element per news letter was required in the submission. However, the length of the newsletter was reduced to 4 pages(front and back) in order to alleviate some pressure.

Discover The Difference was initially aimed at the participant’s’ ability to critically analyse a piece, while the second phase of this event placed participants in a practical situation where they had to tap into their inner reporters by attending a news conference to identify and perpetuate the biases. The winner of the event was determined by the most effective display of analytical skills and maneuverability of journalism ethics

The first phase of Anchor It targeted the ability of participants to present news with a ‘tarrka’ of humor, while the second phase of the event gave participants a chance to host their own news show with some famous personalities. Participants were given the chance to showcase their ability to balance humor with professionalism and dignity.

Voice Box was a radio journalism event, which was held to aspire the participants to reach the masses, and empower them with the truth.

Public Service Message participants were asked to make a video that spoke out against given crimes and highlight their dire consequences. The Video was required to aim to break through the wall of silence and bring to attention the activities that happen in the shadows using an audio-visual medium.

Snap It focused on photojournalism as it is a crucial aspect of journalism. Participants were asked to submit a series of skits scattered throughout the event. Apart from capturing the perfect moment participants were also supposed to come up with a caption in order to enhance the effect of the photograph.

Vloggosphere Delegates was a video blogging competition. Participants had to make a video, vlogging about their time at CARMA, while incorporating the theme of CARMA into their videos.

The Delegate’s Story was introduced in the 10th iteration of CARMA. This event included a story which could be fiction or non-fiction, report writing, poetry and so on. The writing was marked based on the suitable criteria.
Winner: Generation’s School, Karachi