TechJuice > News > Microsoft’s experiments show that Chrome is the worst browser, in terms of battery life

Microsoft’s experiments show that Chrome is the worst browser, in terms of battery life 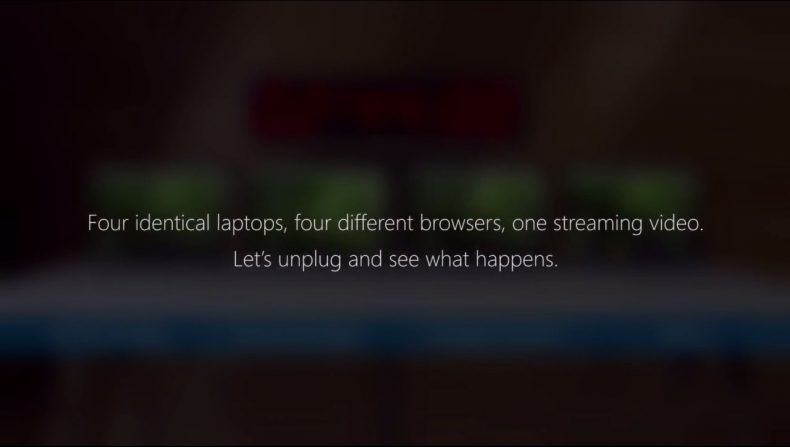 Laptop users that have Chrome setup as their primary browser know that the browser is one of the least efficient options when it comes to battery life. Microsoft’s battery tests confirm this. Google has, time and time again, promised to improve Chrome’s battery life performance. However, none of the fixes that Google has come up with so far have been effective.

Coming back to the experiments, Microsoft conducted 2 tests for the measuring a browser’s power consumption. The first test measured the battery time while browsing through popular websites. The test automated processes such as opening websites, opening new tabs, scrolling through articles, and watching videos. The second experiment measured how long a laptop lasts while streaming an HD video with the chosen browser. The test was conducted for with four identical laptops but different browsers on each of these laptops. 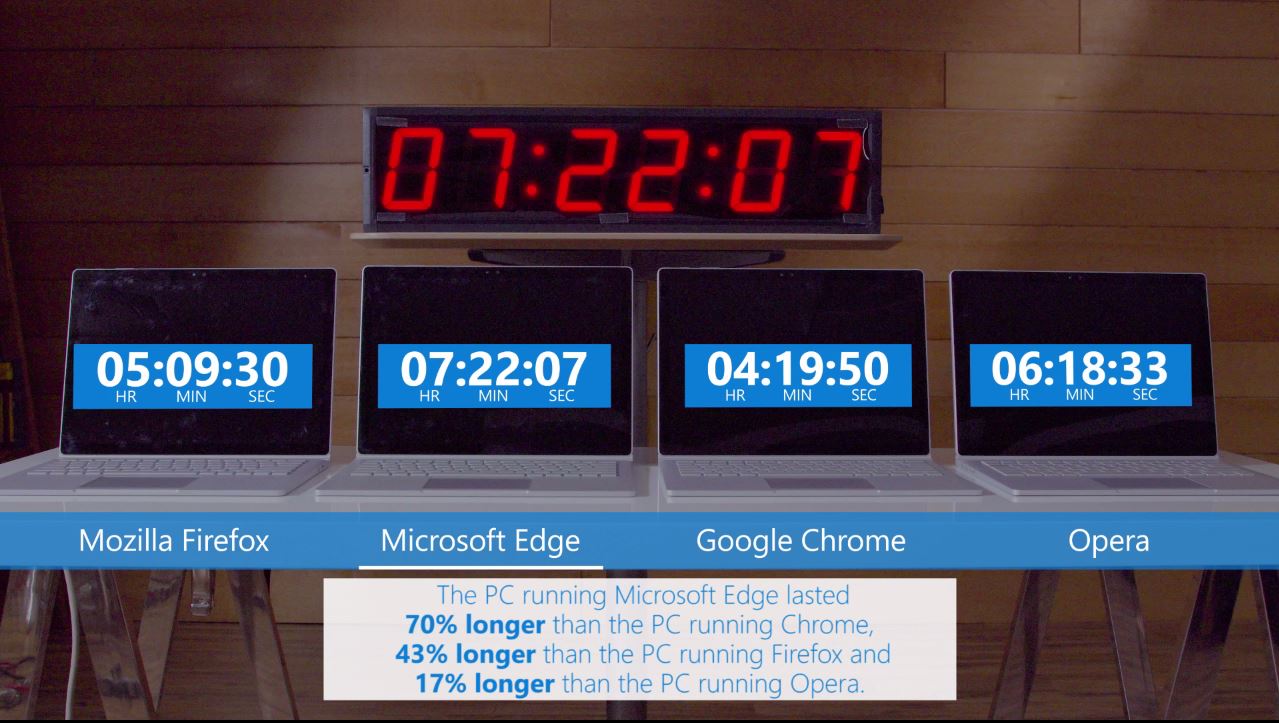 These experiments and their public release is definitely a move taken by Microsoft to turn people over to Edge. However, Microsoft Edge still lacks behind in some rich features offered by browsers such as Mozilla Firefox and Google Chrome. To counter this, Microsoft has announced that it will be adding a whole bunch of new features (such as browser plugins) to Edge with the Windows 10 Anniversary Update.