Pakistani memes have been trolling Indian pages ever since Indians captured and detained a suspicious spy – a pigeon. The pigeon was accused of carrying a stamped Urdu message along with a wire as reported by a local Indian to his nearest police station. The idea that Indians felt threatened because of an innocent pigeon was met with skepticism and laughter. Pakistani memes and pages were instantly created on the Social Media which has now moved to the next level of trolling.

We expected an app which was made hastily and uploaded about 21 hours ago on Google Play, but we were taken aback with the first impression of the mobile application. The screenshots provided on the application link seems of high quality, but the app itself does not provide a high-quality feel in terms of the graphics. Apart from that, Spy Pigeon is a typical shooting game where the user has to shoot down the message carrying pigeons before they poop on the user, thus minimizing the life expectancy of the game. The game consists of 10 levels and it has already received a ranking of 4.9/5.0.

Let us know your opinions on the Spy Pigeon in the comment section below. 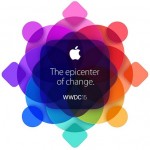