The Cyber Crime Bill or more formally, the Prevention of Electronic Crimes Bill has been challenged in the Lahore High Court (LHC) by an opposition party Pakistan Awami Tehreek (PAT), today.

Citing three sections of the Cyber Crime Bill to be in conflict with the basic human rights as defined by the constitution of Pakistan, the Deputy Secretary General PAT Ishtiaq Chaudry filed an application against the said bill in the Lahore High Court. PAT mentioned that three sections, the section 10, the section 18 and the section 32 conflict with the human rights as guaranteed by the constitution of Islamic Republic of Pakistan.

It is worth noting that the section 10 of the Cyber Crime Bill is on the Cyber Terrorism, the section 18 on acts against the dignity of a citizen, and the section 32 corresponds to the power of officials.

Yasser Lateef Hamdani, a lawyer, pointed out that providing such tremendous powers to PTA is not right. He further mentioned that corresponding judges need to have complete knowledge of the privileges and powers of the Cyber Crime Bill of Pakistan. 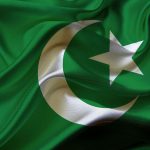