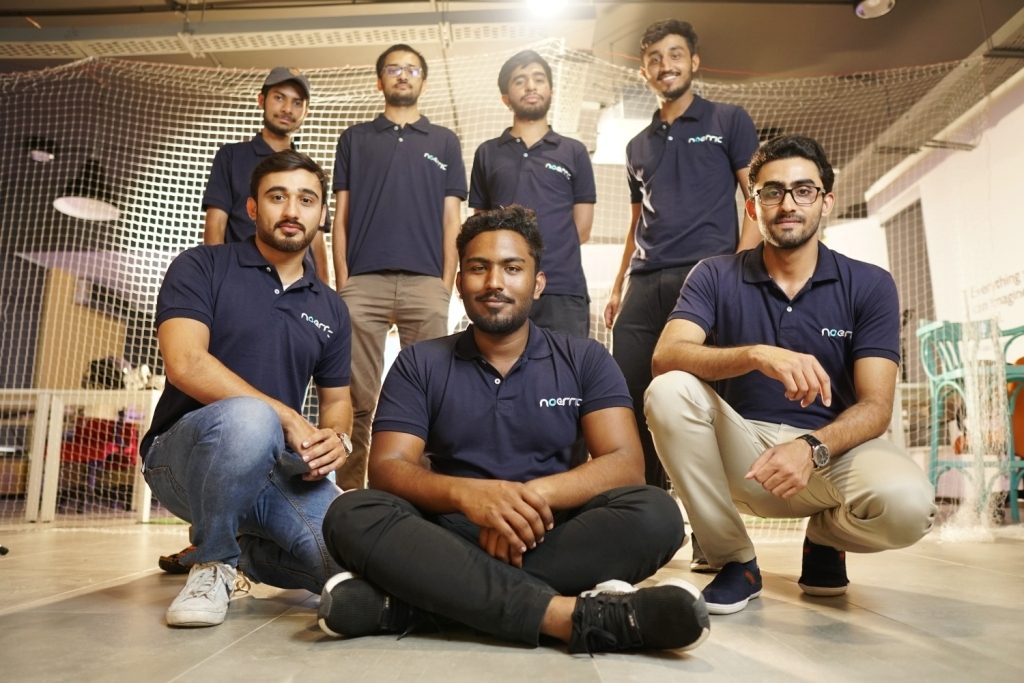 Noerric, a technology startup from Pakistan, is bringing cutting-edge technologies like AI and Machine Learning to one of the most popular sports in the world. The startup has developed a smart stump with 3D cameras and blinking LEDs that detects the front foot popping crease no ball and indicates the on-ground umpire in real time by a wirelessly connected smartwatch providing deep learning through computer vision.

Cricket is a game that we, Pakistanis, have quite an inborn affection for not only Pakistan, but this sport also boasts a truly international fan-base and has considerable traction around the globe. According to the publicly available statistics, the Cricket WorldCups, different series and some of the matches between Pakistan and India have often attracted enthusiastic viewers exceeding a billion mark.

According to publicly available statistics, about 26% of the no-ball decisions that are challenged by the opposing team get reversed every year. The faulty decisions occur because of complex body postures, lapses in umpire’s judgment, and the fast-paced of the game which rarely gives thinking space to the umpires.

An international umpire adds to it stating that as much as two players from each team can make no-ball detection nearly impossible for the umpires – a situation which can result into injustice in the game-play, something which is very opposite to the very spirit of sportsmanship.

In a very notable match between India and England, one such faulty decision categorically moved the commentator into mentioning the doubt surrounding faulty no-ball selection more often than not slows down the game.

Issues like these are also notoriously known to often provoke public outrages. One such occurrence could be recalled for Voges, an Australian batsman who was once bowled on 7 but went on to make 239. The occurrence of such events moved ICC into working on speedy no-ball detection which is also more precise.

This is exactly where Wicktron comes in! 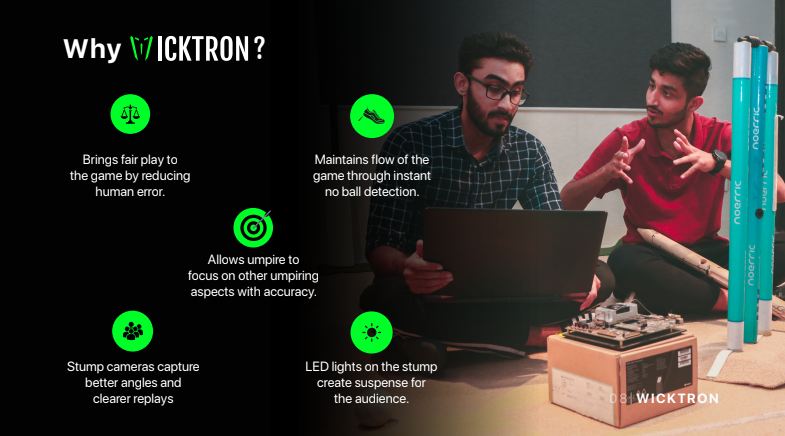 Wicktron is one of the first products from Noerric which forms a part of the larger “e-umpiring net“ as envisioned by the company. Wicktron is basically a smart stump which uses deep learning through computer vision to solve umpiring problems. A smart stump with 3D cameras and blinking LEDs that detects the front foot popping crease no ball and indicates the on-ground umpire in real time by a wirelessly connected smartwatch providing deep learning through computer vision.

The smart stump makes a breakthrough in minimizing human errors by the umpires and maintains the continuity and flow of the match by eliminating the need for the reviews of the shots. This product also helps save time by preventing subsequent erroneous decisions (LBW, catch out, etc.) after an instant indication of the no-ball with high precision. Moreover, the smartwatch aids in detecting the umpire’s heart rate.

Another integral product to this e-umpiring system is a smartwatch that would come with the smart stump device. The Watch that would be worn by every umpire on the field would double as a device to notify the umpires of the stump conditions along with other important metrics that could assist him in making the right decisions in real-time. The integrated application on the watch links the umpire with the other e-umpiring components in the field like Wicktron to give information like on-the-go player statistics and ball-to-ball match updates.

Although the stump device can only detect no-ball as of now, the great degree of precision and accuracy has moved Noerric into researching how they can use the same smart stump device for detecting other problems like run out and stump out as well.

Pioneering in this field, the Wicktron-Watch pair aims at a breakthrough by tackling the human-related errors made by the umpires. The solution maintains the flow of the match as the need for having the reviews of shots is also eliminated. This product also helps save time by preventing subsequent erroneous decisions like LBW, and catch out as an instant indication of a no-ball can be made with high precision.

Now, to slide with scaling, Noerric has also started taking up other projects. The team is also developing an audience-side mobile application to enhance the real-time interaction between the audience and the game. The users will be able to see short reviews and see tailored real-time match statistics right on the screen of their smartphones. Visorec, another project, on which the team is currently working on, advances the scope of Noerric to other domains which require tech-based innovation. Visorec is a state-of-the-art facial recognition attendance system which is being developed for the corporate industry.

The team behind Noerric comprises of a trio of engineers from NUST. During a casual cricket match which they played together, they came across this problem of a faulty no-ball decision. During a tea break which followed, the three cricketers quickly realized there didn’t exist a tech solution even in the global cricket industry and how a room existed, waiting to be filled.

As far as the future goals of the company are concerned, Noerric seems to be pretty much aware of its milestones and have already shown considerable grit towards the achievement of those goals. Starting off with some local county, the company wants to scale its products to the international arena. It sees itself as a tech giant which has its different tech solutions deployed not only in cricket but also into the other sports while continuing to develop its specialties in Computer Vision, Blockchain and Artificial Intelligence. They are further working on a product named Visorec that is a facial recognition based attendance system, that uses AI technology.

How to check or pay your traffic E-Challan online