From the largest undergrad scholarship program in the nation’s history to the launch of Hunarmand Pakistan, Prime Minister Imran Khan has been intent on making sweeping changes in Pakistan. In a similar vein, he has reportedly ordered the establishment of a massive 40-acre software city in the country’s capital.

In a meeting held with high-profile officials from the Ministry of Information Technology and Telecommunications on Friday, PM Khan discussed a plethora of ways in which Pakistan’s IT sector could be strengthened. His vision is to boost the nation’s IT exports to $10 billion over the long term.

In this regard, a set of key decisions were made which were geared towards increasing Pakistan’s contribution to the global IT domain. One of the most significant decisions centered around the construction of a software city spanning 40 acres in Islamabad.

This establishment would host technology startups and companies thereby giving them a platform with state-of-the-art facilities to continue developing and investing in their growth. The focus on software startups is critical as they will be among the biggest drivers of growth in Pakistan’s IT contributions.

Furthermore, the federal government will also be introducing a relief package for small scale software exporters in order to assist them further in their development.

Other important developments include the PM’s decision to abolish the double tax imposed on software exporters by both the federal and provincial governments. Software exporters will also be supplied with foreign currency at a rate that is lower than that of the market. These developments are further going to incentivize the export of high-quality software in Pakistan thereby pushing the country closer to the goal of $10 billion in IT exports.

Finally, there was also considerable emphasis placed on the digital connection of remote and far-flung cities. 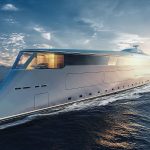