Samsung Display tops the mobile market with $3.4 billion worth of shipments in Q1 2019

Samsung Display, a separate business holding under the South Korean tech behemoth Samsung Electronics, has again topped the global smartphone display industry in the first quarter of 2019 while Chinese competition has also shown immense growth in this segment, according to the latest report by the global market research company IHS.

Though Samsung’s overall share in display segment observed a slight decrease from 46.8 percent of last year’s same quarter, it still has managed to have a large gap with runner-up Japan Display, which accounted for 12.3% market share and earned $1.6 billion in revenue.

Furthermore, the renowned Chinese display maker BOE, which gained around 6.5 percent market share in the first quarter last year, witnessed slight growth to 11.9 percent in the Q1 2019. The rise in the share of BOE’s display is due to its recent investments for flexible OLED displays.

Meanwhile, another Chinese display firm — Tianma stood at No. 4 with its first-quarter market share of 8.1 percent, followed by Sharp and LG Display, which recorded 8 percent and 7.8 percent, respectively, during the same period.

IHS predicts that other mobile display makers will now have to focus more on their OLED production as demand for high-end displays will continue to rise. As noted by an industry source working closely with display manufacturing companies;

“The adoption of mobile OLED panels is growing at a rapid pace thanks to the display’s advantage in design and energy efficiency.” 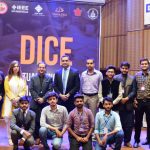