Both the models of the newly launched Samsung Galaxy S8, the standard S8 and S8 Plus, have already been pre-ordered so much so that it has broken all the company’s presale records in Korea.

The local news outlets from Korea have reported that Samsung received as much as 550,000 orders for the S8 within two days. The number is Company’s greatest in Korea that accounts to two-day pre-orders. The most in-demand S8 model happened to be the 128 GB S8 Plus

The giant was expecting such an immense response and had as much as 3,000 of shops loaded with S8. Following the Note 7 fiasco, there was no Samsung phablet in the market. The people, hence, thronged to the 128 GB model of the larger sibling of S8, S8 Plus.

Samsung unveiled its latest flagship smartphone, Samsung Galaxy S8 last month. The launch followed a flood of rumors about the smartphone. Samsung started accepting the preorders this Friday, and will keep on accepting them till April 17 before the standard S8 sales which begin on April 21. 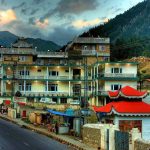 Tripkar to organize the first bootcamp for young girls at Naran