Samsung has just pulled the wraps of its next flagship smartphone, none other the much-hyped Samsung Galaxy S9.

The smartphone manufacturer recently revived from the Note 7 fiasco and took out the Samsung Galaxy S8 which later became one of the best smartphone from the company. The company just introduced its next flagship smartphone, let’s see how the smartphone fares against the rumors that we have previously been hearing about it.

Samsung Galaxy S9 has been released in two models, a standard S9 and an up-sized S9 Plus. Although the hardware and software is mostly the same on two smartphones, apart from the display size, the smartphones differ mainly in their camera capabilities, memory and battery options. Follow along as we take you briefly through the launch and top 5 reasons that may compel anybody into buying this smartphone. 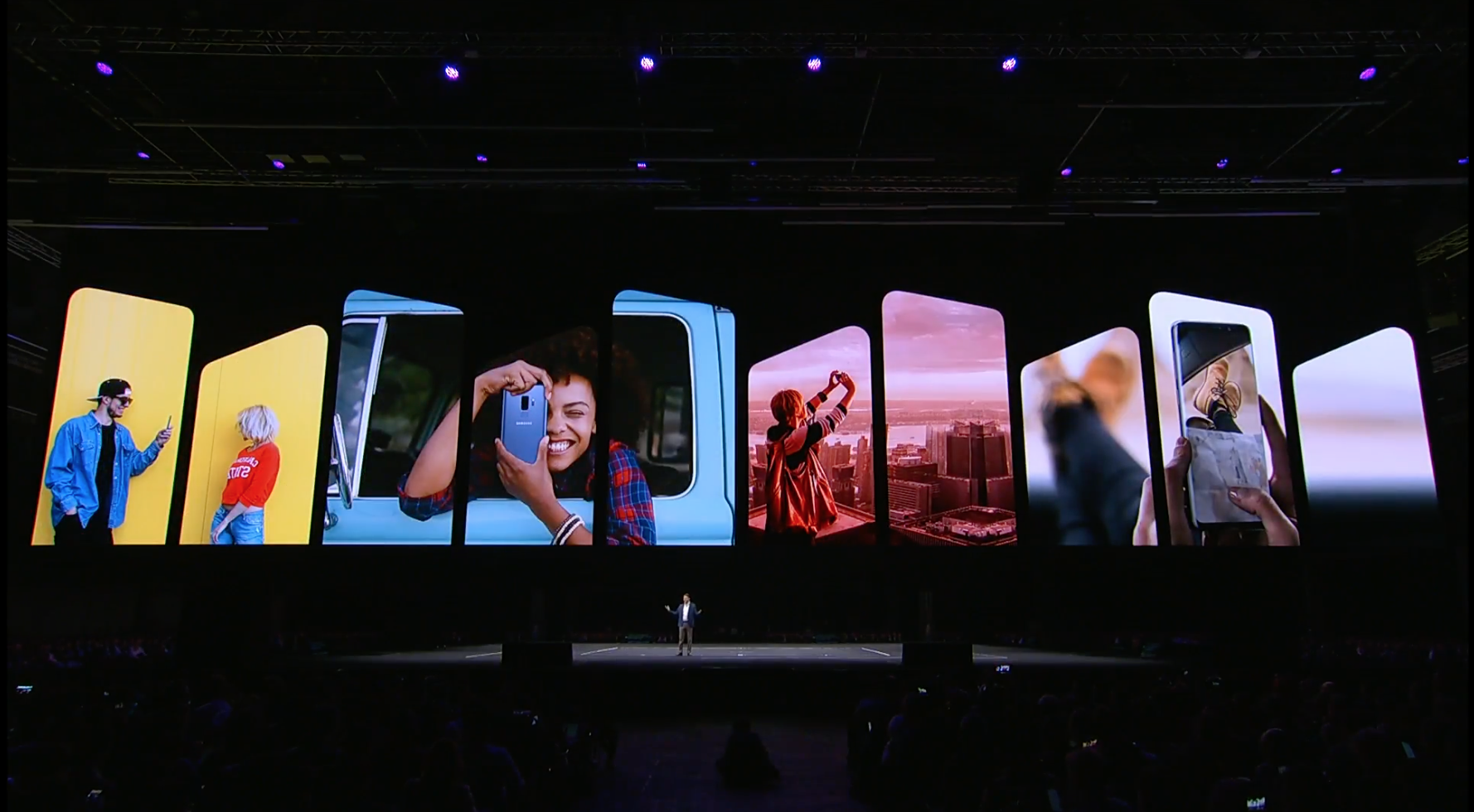 Samsung was marketing the Samsung Galaxy S9 with the slogan of ‘Camera Reimagined’. Considering that the last smartphone from this range already had a pretty magnificent camera, this slogan really made me excited about the smartphone. And, there really is a catch here. The revealed smartphone comes with the potentially ‘the most groundbreaking camera’ targeted at improving the low-light photography experience. The smartphone comes with adjustable Dual-Aperture 12MP lenses which can be adjusted at f/2.4 or f/1.5, depending upon the lighting conditions. This also makes S9 to be the World’s first smartphone with the Dual-Apertures and an aperture of f/1.5 which is by far the widest aperture on any of the smartphone lens.

The smartphone will also able to do better slow-mo videos for it will record videos at a rate of 960 frames per second that too in HD resolution. Apart from the Dual-Aperture standard lens, the S9 Plus also comes with a secondary rear lens for an added support for Portrait mode. As far as the front camera on these smartphones are concerned, both of the smartphones feature a 8MP f/1.7 auto-focus camera. 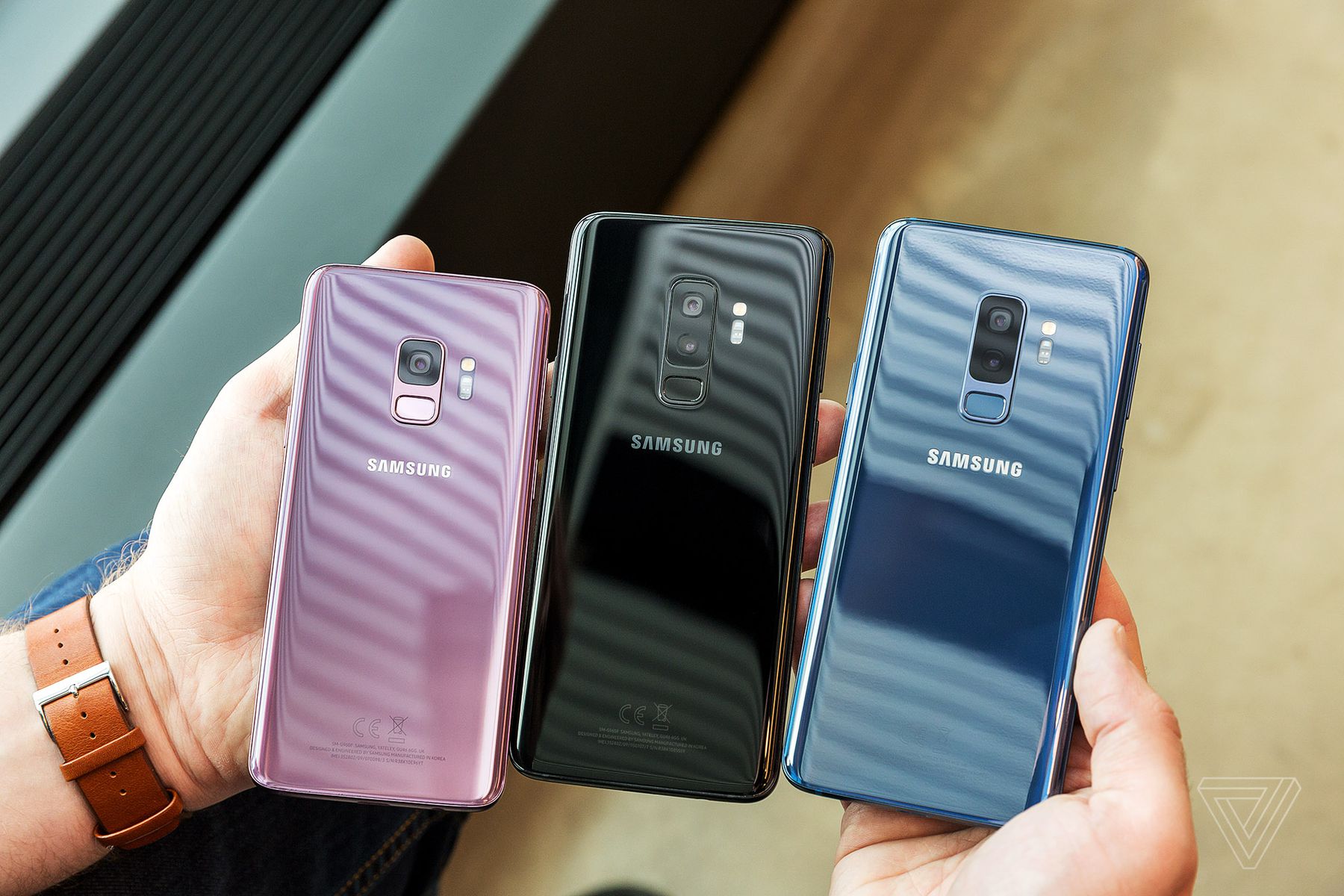 Although the smartphone doesn’t come with large makeovers when it comes to look and that is rather justifiable considering that the company recently jumped onto the bandwagon with bezel less smartphones. However, both of the Samsung Galaxy S9 smartphones have a slightly higher aspect ratio of 18.5:9. There isn’t any notch and all of the components on the front of the smartphone have further been reduced in size. The standard S9 version comes with a 5.8 inches of display while its larger sibling is sized at 6.2 inches. Both of these displays pack Corning Guerilla Glass 5 protected, smart AMOLED curved glass. 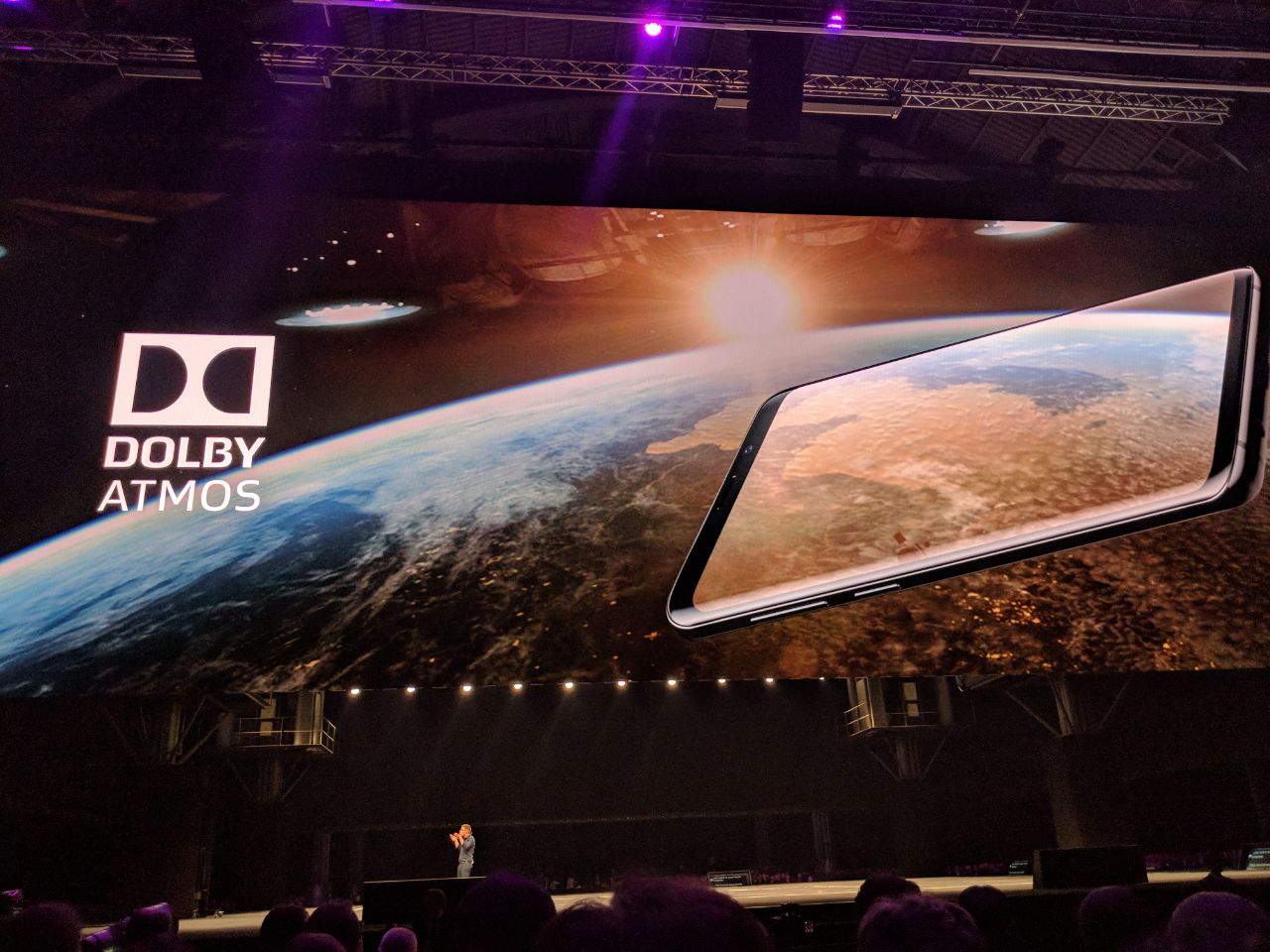 This time around, Samsung has inscribed two AKG-tuned speakers on the top as well as on the bottom of the smartphone for a more ‘immersive experience’. Apart from the stereo effect that occurs because of the placement of these speakers, the sound produced through these speakers is also as much as 40% louder. Much to our relief, both of these smartphones come with a 3.5 headphones jack. 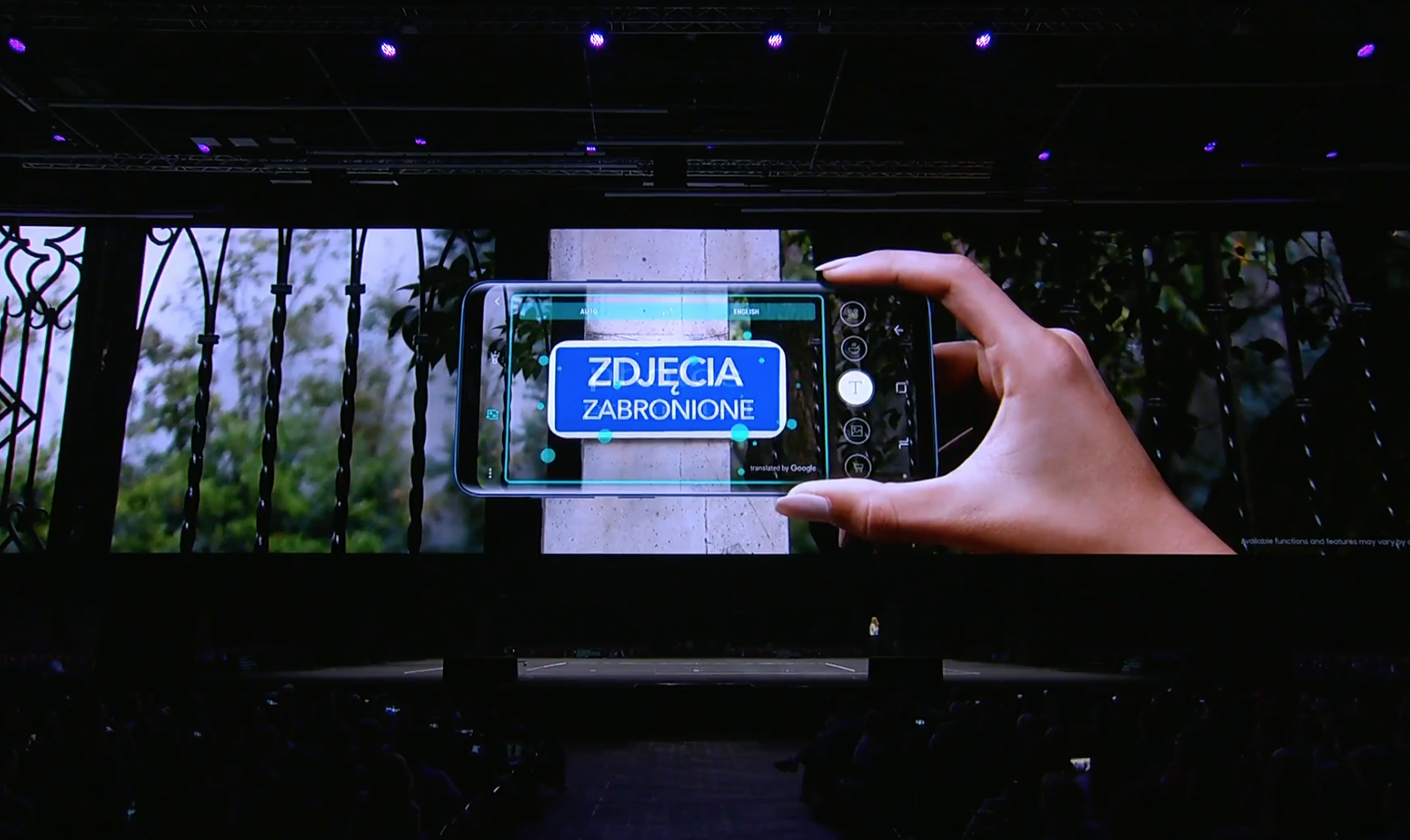 Although most of the software on the S9 is similar to the one found on S8, the Samsung Galaxy S9 comes with an improved version of its personal assistant, Bixby. Bixby now has better capabilities to tacke real-time translation and can even be used to find the calories in food items as you point your camera towards it. It will even be able to do online shopping for you directly. 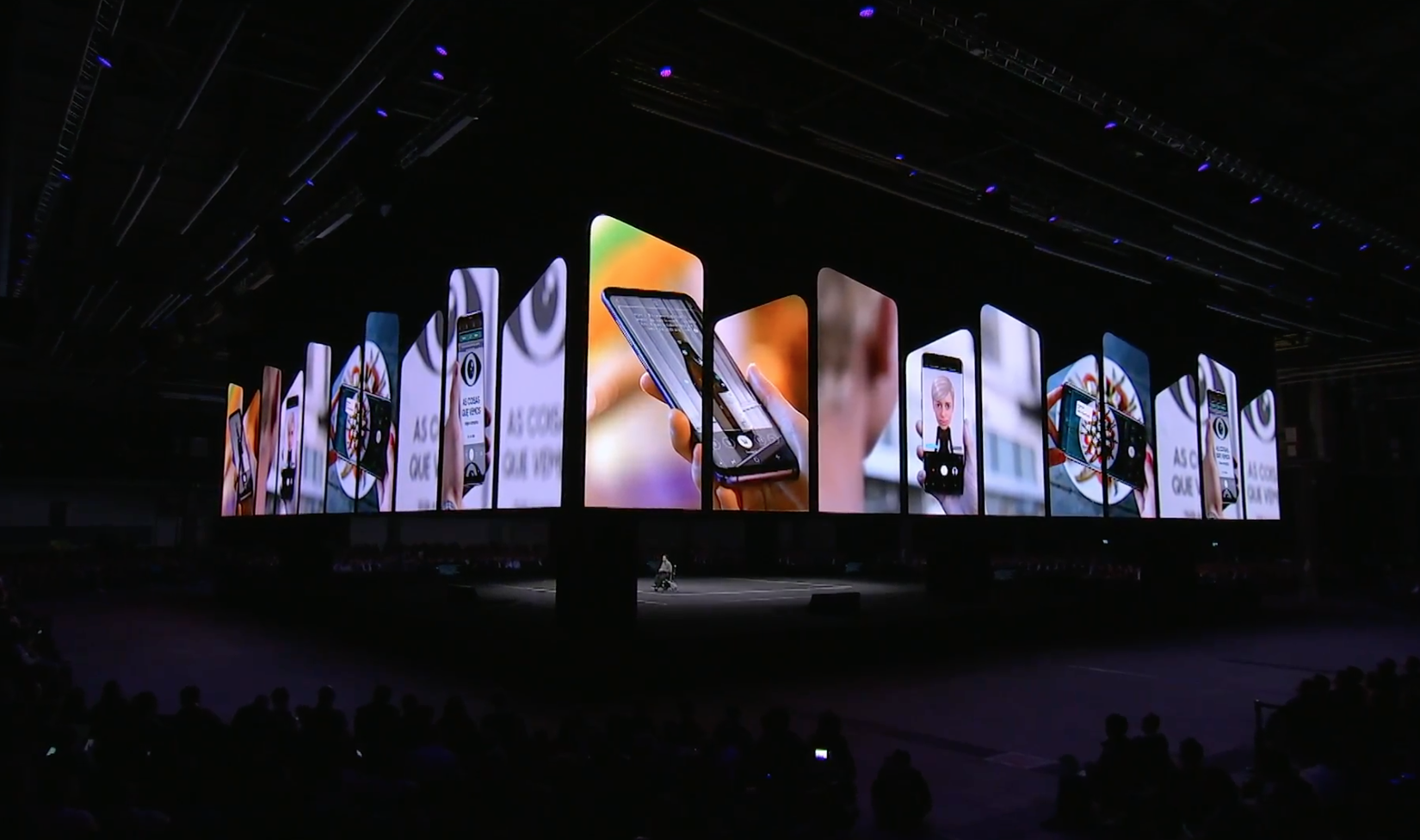 The smartphones comes with pretty impressive under-the-hood specifications. It is powered by one of the most powerful chipsets that are currently in the market, namely the Snapdragon 845 or the Exynos 9810. As far as the memory options on these smartphones is concerned, the smartphone comes with 64GB of internal storage and a dedicated slot for microSD card. For the RAM, the users will have the choice to either go for the 4GB on standard S9 or 6GBs on the S9 Plus. Both of the smartphones come with IP68 dust and water resistance along with a support for fast charging.

The rumors about Samsung launching a new DeX device have also proved true as Samsung has introduced a revamped version of the DeX device, called the DeX Pad. The revamped DeX device will act as a dock for the usage of S9 smartphone as a full-fledged personal computer. Once placed on the dock, the smartphone itself could be used as a trackpad device.

The smartphone will come in four exciting colors, Midnight Black, Titanium Grey, Coral Blue and Lilac Purple. The smartphone will be up for pre-orders on the Samsung website starting March 2 and will officially be made available in the markets March 19 for a price tag starting north of 80,000 Pakistani Rupees. 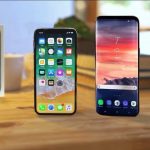