Couldn’t afford the Galaxy Fold? Fret not, for rumor has it that the South Korean tech giant plans to release a version of its iconic foldable smartphone that will be lighter on your wallet. Apparently called Galaxy Fold Lite, this cheaper version of the original Fold was slated to launch this year, but recent reports suggest that its launch has been delayed to 2021.

The report comes courtesy of Viva100, a South Korean news outlet, which claims that the Galaxy Fold Lite was originally supposed to be debuted at the upcoming Unpacked event on August 5. It would have taken up center stage alongside other products like the Galaxy Note 20, but it has now been postponed till next year.

It is not quite clear why the company would delay the Galaxy Fold Lite’s launch. One reason could be concerns over how it could overshadow the upcoming Galaxy Fold 2. After all, who doesn’t like a cheaper option? It makes sense to assume that the Fold Lite’s sales would surpass those of the Fold 2. Perhaps the company needed a fewer set of products to showcase to the world at Unpacked.

Again, given that there has been no official statement from Samsung on this decision, all of this is merely speculation.

So how much will the Fold Lite cost? Well its price tag is expected to be certainly less than $1000, with the aforementioned report claiming that it will cost around $833 (PKR 140, 110). Given that the original Galaxy Fold costs over $1500, this is a major drop indeed.

If anything, we can expect foldable smartphones to get even cheaper in the coming years. As foldable technology improves, companies will be able to find innovative ways of delivering the foldable experience with lower price tags. 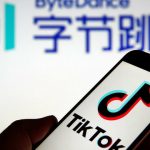