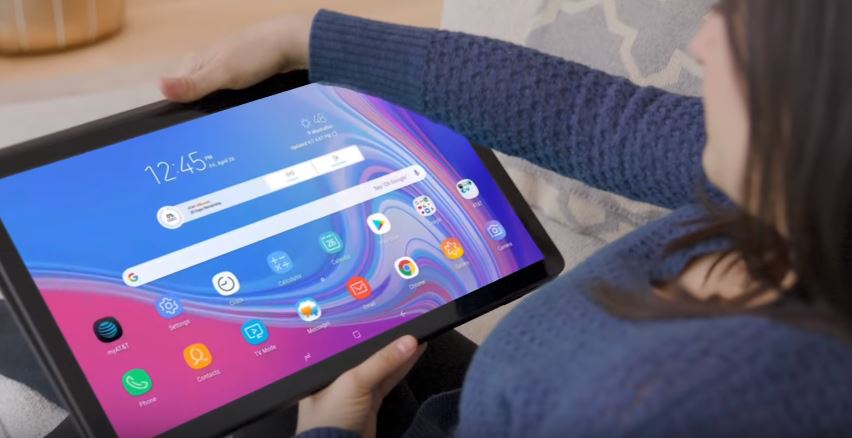 The AT&T company has teased the release of the all-new Galaxy View 2, which is a combo of hybrid Android tablet and portable TV. The Galaxy View 2 is a new 17-inch 1080p tablet, being sold by AT&T, as reported by Engadget. The Samsung Galaxy View 2 is coming to AT&T tomorrow on April 26th.

This is not the first time Samsung has attempted to create a weird TV/tablet hybrid, the original Galaxy View was launched for the first time in 2015. With this Galaxy View the AT&T is possibly hoping that its users will use this tablet TV to watch its upcoming streaming service, or else its existing DirecTV Now service.

The Galaxy View 2 has a 12,000 mAh battery, with an eight-core 1.6 GHz Exynos 7884 chipset. The tablet TV includes 3 GB of RAM and 64GB of internal storage. The Galaxy View 2 only includes a 5 MP camera front camera with no rear camera on the back side. This is probably because the idea of taking pictures with a 17-inch tablet is absurd.

Being an AT&T tablet, there is a built-in LTE with support for calling features like NumberSync, which allow the users to share their phone number and make calls with the tablet.

The Samsung Galaxy View 2 is designed keeping the video aspect in mind because it comes equipped with a quad speaker arrangement with Dolby Atmos support. The Galaxy View 2 will come with a hefty price of $740 on 26th April.

Here’s you can view the teaser video of the Samsung Galaxy View 2 tablet TV.