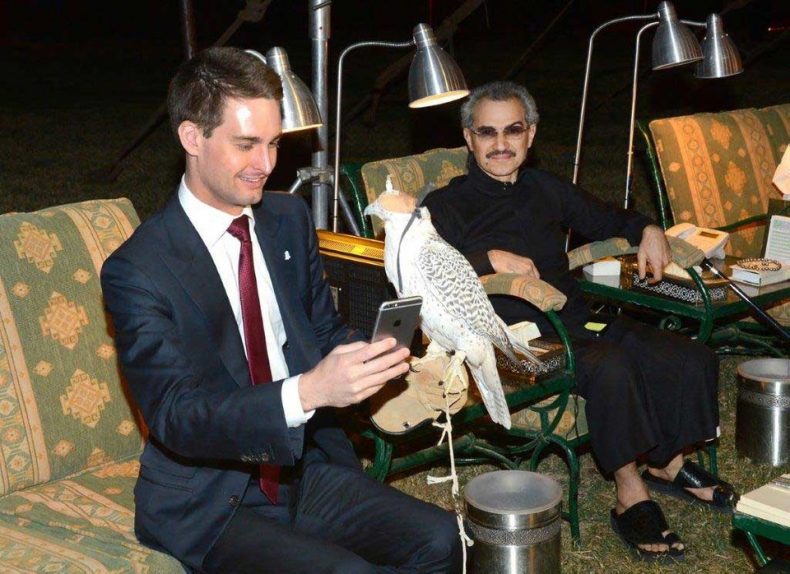 Saudi Arabian billionaire Prince Alwaleed Bin Talal on Tuesday announced that he has taken 2.3% stake in Snap, the parent company of SnapChat, for a whopping $250 million.

The prince has not bought all the shares in one go, rather it was a slow and steady process which completed in May 2018. Prince Alwaleed revealed the announcement on the day Snap announced its second-quarter results.

While announcing the investment, the Saudi prince stated,

“Snapchat is one of the most innovative social media platforms in the world and we believe it has only just begun to scratch the surface of its true potential and we are blessed to be part of it.”

This is not the first technology investment of the prince, who is the member of Saudi Arabia Royal Family, he has previously invested in technology giants like Lyft and Twitter as well.

Snap just announced its second-quarter results. Although the revenue soared, it lost its 3M active users. Snap is facing increasingly tough competition from Facebook and its owned social networking applications. Every innovation at Snap is copied instantly on Instagram, Facebook, and WhatsApp making it difficult for SnapChat to keep the users glued to its service.

Snap declined to comment on the Saudi Prince investment. According to pictures available on the internet, Evan Spiegel did meet Talal back in 2015. It can be assumed that the discussion started back then.

SnapChat is very popular in Saudia Arabia. The country almost has 9 million active users of the application, women constitute more than 50% of that population.

previous
Pakistan's Ministry of IT is developing robots to deal with disasters & accidents
random
next
The Internet access is the major culprit behind sleep deprivation, report
Trending Posts