The UN has recently introduced a mobile video game as part of an awareness campaign to stress the importance of preserving the Earth’s ozone layer. The release of the game ‘Reset Earth’ follows an animated movie that shares the same name and came out on World Education Day.

The interactive game is available on the Android and iOS platforms. It lets the players embark on a time-travel adventure to save the dying Earth and humankind’s remnants. The game intends to target audiences of all age-groups who care about the environment and the ozone layer.

The overall plot of the game shows a post-apocalyptic world whose ozone layer is gone in 2084. It portrays a group of three teenagers who, along with the remaining human populace, face the threat of a deadly virus, ‘GROW’ which has brought disaster to the entire world.

“Their journey takes them back in time where they find the cause of the disease, the importance of the ozone layer and the impact of working together towards a common cause,” as per a statement by the UN.

The game by the UN will not only be of particular interest to the environmentalists but will inspire Gen Z gamers to be more protective of the environment. 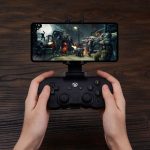 Get a first look at Microsoft’s cloud based gaming service