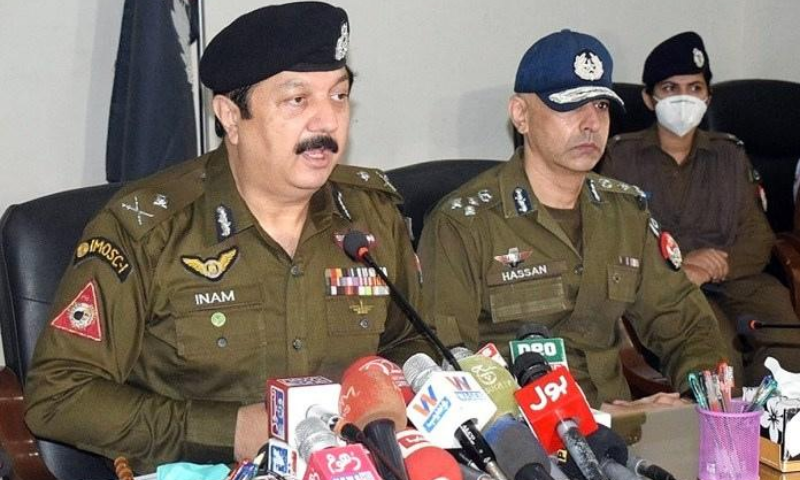 Rs36m is required for running cost per month, Rs800m for the purchase of bullet-proof boats, Rs737m for purchase of track APCs, Rs8m for procurement of thermal imaging drones, Rs6m for specialized training by the Pakistan Army, Rs70.7m for bulletproofing of existing vehicles, and Rs2,800m for the consolidated police infrastructure development. All these figures were provided by the Police in the request notice.

Additionally, Rs144m is required for the induction of 200 local police officers while Rs472m will be needed as a special incentive for the police operation.

The police claim that this is a permanent solution to the criminal activities in the two districts saying that socio-economic development would be the only sustainable and long-lasting solution to eliminate the decades-old criminal activities. The matter came under discussion at a high-level meeting held on Saturday between Chief Minister Chaudhry Parvez Elahi and senior police officers leading the operation in the katcha areas of Rajanpur and Rahim Yar Khan.

A report and demand were presented by the south Punjab IG at the meeting, which made it clear that nearly 18 large-scale operations have been launched in the katcha areas of both districts during the last 20 years or so with “mixed results”. However, he added that frequent operations had further hardened these criminals.

In the report, the police told Punjab government that the full-fledged operations may not yield results without special measures. While sharing the success story of the ongoing police operations, the report divided the set of demands into two major segments for sustainable solutions to the decades-old issue.

During recent police operations, it said, a visible decline in crimes such as extortion and kidnapping for ransom, was witnessed in the two districts. The report stated that in 22 encounters with the hardened criminals, the five most-wanted criminals, including Baba Dashti, Bhori Shar, Younis Indhar, and Shakoora, were eliminated. One of the major achievements of the police was the murder of Khuda Bakhsh Lound, who was a symbol of terror in Rojhan.

The report said nearly nine attempts of honey-trapping were foiled while police recovered 11 abducted persons in these districts. Only seven incidents of kidnapping were reported during the last three months — a rampant crime in these districts. The police arrested 95 “targeted criminals with the technical assistance provided by the Intelligence Bureau”. The police arrested 122 facilitators during the last three months from these two districts.

The report provided to the CM had requests included that the south Punjab police required as many as seven tracks armored personnel carriers (APCs), 14 bullet-proof vehicles, and six bullet-proof boats besides drones, locators, and other logistic support to appropriately equip the force taking part in the operation.

The report said the required results could be obtained by using modern technology as the katcha areas were housing a variety of inaccessible and challenging lands. While talking about specific challenges and the significance of the logistic support, the police high-ups submitted that katcha areas remained inaccessible due to the main river course and several creeks.

Further specifying, they said the police were badly in need of chained APCs, bullet-proof and armored speed boats, and heavy weapons, like 12.7 Dragunov sniper rifles. About the risks, they said, the above-mentioned equipment would help police avoid ambushes during patrolling, as well as prevent hostage-taking of police personnel and attacks on pickets.

The risks and other challenges included numerous permanent and temporary islands, vast marshy areas, six-seven feet tall sugarcane crops, poverty, tendency to commit crimes, lack of education and health facilities, absence of roads and bridge infrastructure, old enmities based on tribal disputes, honor killing, gangs based on ethnicity, and facilitation by the locals to the gangs, reads the report.

Another meeting of the CM with the police officers from south Punjab is expected on Monday (today) in Lahore, as CM Elahi has already issued directions to the finance and the home departments to extend support to the police force by addressing their legitimate demands.