Almost all online multiplayer games are plagued with hackers and even though developers have put in mechanisms to prevent cheating and restrict third-party app usage, there are still loopholes that can be exploited.

Today I bring you an example of a Twitch streamer who was bragging about his Call of Duty: Warzone insane gaming skills in front of his fans and not realizing that the cheat engine he was using was visible for everyone! Check out the clip below from VG247:

Notice the irony of him bragging about his shooting skills whereas in the cheat engine it shows that he was aim hacking. The options are set to “aim at enemies” and “head only” which shows that his stream was nothing more than a fake performance.

He does realize that fans can see his cheat engine when he says “Oh my god” but it is too little too late for the streamer as he has exposed himself. As of right now, the account named MrGolds is no longer active on Twitch which raises eyebrows whether he deactivated it himself or Twitch removed him from the platform.

While games are taking several steps to combat cheating, it is pertinent to note that many actions taken by developers can also prevent third-party apps from running for example streaming apps. This has also caused many players to leave a particular game for a new one. Fingers crossed, maybe in future we will have a game which is free of cheaters (who knows when though?). 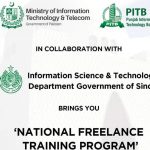