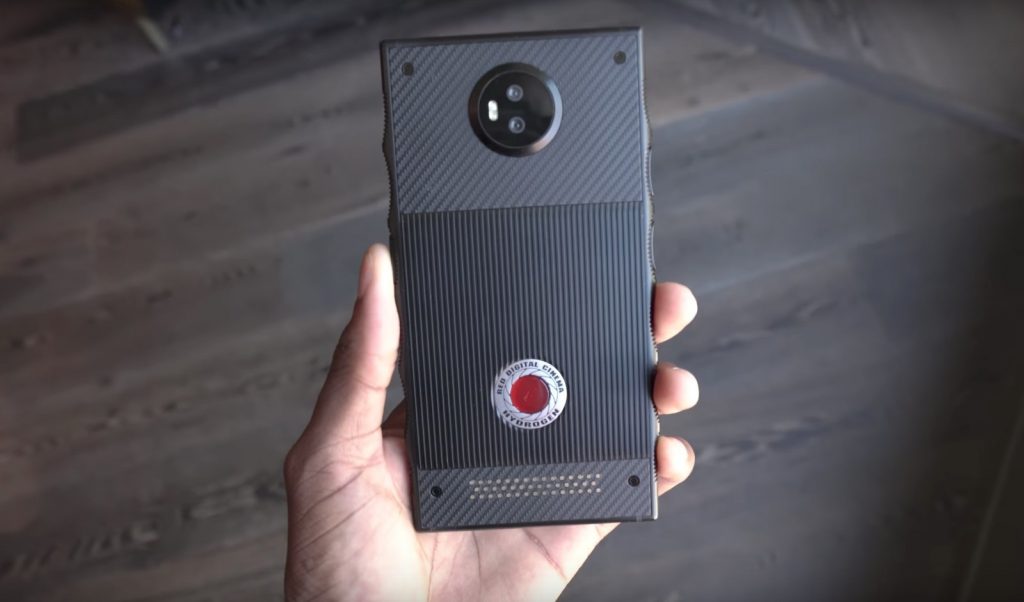 A company by the name of “Red” has unveiled its first smartphone ”Red Hydrogen One” and as we reported previously, the phone has a holographic display. Red is known for making high-end 4K cameras with names like “Epic-w” and “Weapon”.

Red has introduced this smartphone with the collaboration of two US carriers — AT&T and Verizon. The company believes that this smartphone is “the foundation of a future multi-dimensional media system.”

The “Red Hydrogen One” is an Android smartphone with a 5.7 inch LCD and 835 Snapdragon processor. The smartphone comes with 128 gigabytes of internal storage, and also has a micro-SD slot for extra storage. The company is flaunting the smartphone’s “4-view” display, this technology allows users to see 3D images without glasses. 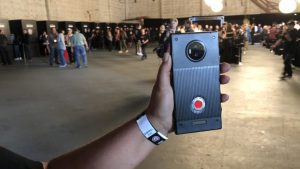 This may a sound like something that is unbelievable but this smartphone has broken all the barriers and has become the world’s first holographic smartphone. Kevin Petersen, senior vice president of device and network services marketing of AT&T says,

“This revolutionary smartphone will provide you with significant advancements in the way you create and view content on the leading network for entertainment when the Red Hydrogen One launches you will be able to look around, below and into your screen’s image with a 4-view holographic display, which is even better than 3D.”

RED claims that a user can use the phone as a fully featured 2D phone with access to the same Android apps available on other Android phones. The company says that the Hydrogen One is made for “doers, makers and content creators”. 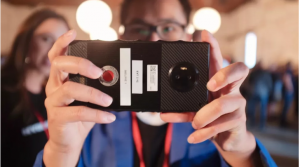 The smartphone also has a “pogo pin system” that will enable users to add modules to the device to add functionality just like previously seen on Motorola smartphones. With limited information given by the company but one can imagine modules that could add new camera tech.

The company is taking pre-orders on the official website of the company and the device will be available for purchase in coming months. The price of Hydrogen One will range from $1,195 for an aluminum model to $1,595 for a titanium-based version. 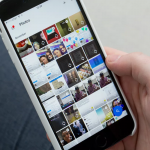