Recently, Twitter has announced that it is launching its live audio chat rooms called Twitter Spaces for Android while beating Clubhouse to the punch.

Twitter Spaces was an iOS feature exclusively similar to Clubhouse however the company decided to take the next step forward by introducing the feature to other platforms as well. However, as the platform has been newly introduced on Android, its respective users will be to only join in the chat rooms but will not be able to create those chatrooms for the time being.

Android folks, our beta is growing! starting today you will be able to join and talk in any Space. SOON you’ll be able to create your own but we’re still working out some things. keep your 👀 out for live Spaces above your home tl

This added functionality is said to be shipped soon without any specific timeline mentioned. The company has been working to iterate on Twitter Spaces in the months since its recent Beta debut in late December 2020. Last month, the team behind the platform hosted a Space where users could add their feedback and ask questions. Through this live chat and based on user feedback, the team decided to expand the platform further.

It’s not a surprise that ever since Clubhouse started the live audio chat trend, every major tech company has been looking to get a piece of the pie and gather as many users for their own respective platforms. With Twitter now ahead of Clubhouse, it is expected that Clubhouse will provide a new counter to its competitors very soon. 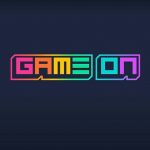