Twitter to experiment with letting users receive payments from followers

Twitter CEO Jack Dorsey hinted at the possibility of his social media platform introducing a mechanism for its users to receive digital tips or payments from their followers.

According to Reuters, Dorsey said the feature would help the social media platform earn more money and engagement from its base of 192 million daily users.

“I think the first thing we want to focus on is that economic incentive to people who are contributing to Twitter,” he said at the virtual Goldman Sachs Technology and Internet Conference.

Introducing user tipping and new features like content subscriptions would help the company diversify its revenue, which it currently earns mainly from selling advertising on Twitter.

The executive said on Tuesday during an earnings call with analysts that he did not expect subscriptions to be meaningful to the company’s revenue until next year.

The company has also thought about whether to hold bitcoin on its balance sheet, but has not made any changes yet, the social media platform’s chief financial officer Ned Segal told CNBC on Wednesday.

In an interview with CNBC, Segal said Twitter had considered how it might pay vendors or employees using bitcoin, should they ask to transact using the virtual currency.

“We might consider whether we would be transferring dollars to bitcoin at the time of the transaction or if we wanted bitcoin on our balance sheet ready to complete that transaction,” Segal said.

Segal’s comments come a couple of days after billionaire entrepreneur Elon Musk’s Tesla revealed that the automaker had bought $1.5 billion of the cryptocurrency and would soon accept it as a form of payment for cars, sending the cryptocurrency shooting higher.

Shares of Twitter were up 11% on Tuesday after the company beat Wall Street targets for quarterly sales and profit and followed its social media peers to forecast a strong start to 2021 as ad spending rebounds from rock bottom. 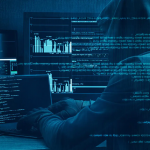 Indian hacker group has been spying on political figures, military officials and more