TechJuice > Technology > US Dollar hits another peak against Pakistani Rupee

US Dollar hits another peak against Pakistani Rupee 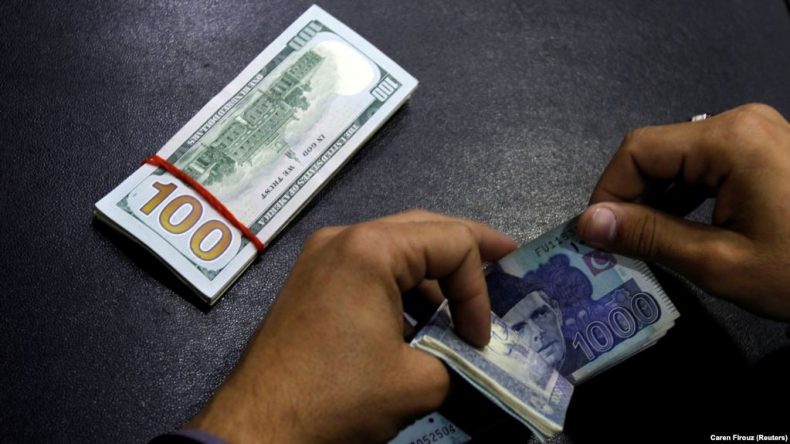 Another bad news for Pakistanis.

The US Dollar has reached another all-time high against the Pakistani Rupee today as it hit Rs. 161.50 in the interbank market during the start of trading today.

The rupee’s official exchange rate is assisted by the central bank under a de facto managed float system and many analysts in the country consider the currency to be overvalued. This rise in the dollar value is a complete surprise as the governor last week expressed great confidence in the country’s economic situation.

The Governor of State Bank of Pakistan (SBP) Dr. Reza Baqir, held a press conference regarding Pakistan’s economic condition and the role of SBP in it. He said, “We have adopted a market-based policy and SBP will monitor the demand and supply within the economy”. He further stated that free float was not a suitable option for the country’s economy.

Baqir also added that, “The recent depreciation in rupee is seasonal” and that the rupee depreciation is an ongoing phenomenon. The Topline Securities CEO Muhammad Sohail said, “The rupee came under pressure apparently due to (large) foreign debt repayment before the outgoing fiscal year closes on June 30, 2019”.

This increase in the dollar value further proves the speculations of the currency dealers, who suggested that the rupee value against the dollar will settle around Rs. 160-165 under the conditions set by the International Monetary Fund’s (IMF) to give the go-ahead for the $6 billion bailout on July 3 for Pakistan.

Due to this increase, the exports in Pakistan dropped by 2% to $22.34 billion in the first 11 months of the new government under PTI rule, as compared to $22.75 billion in the same time span last year. Moreover, this has also reduced the exports of tech equipment and affected the IT and telecom sector as well.