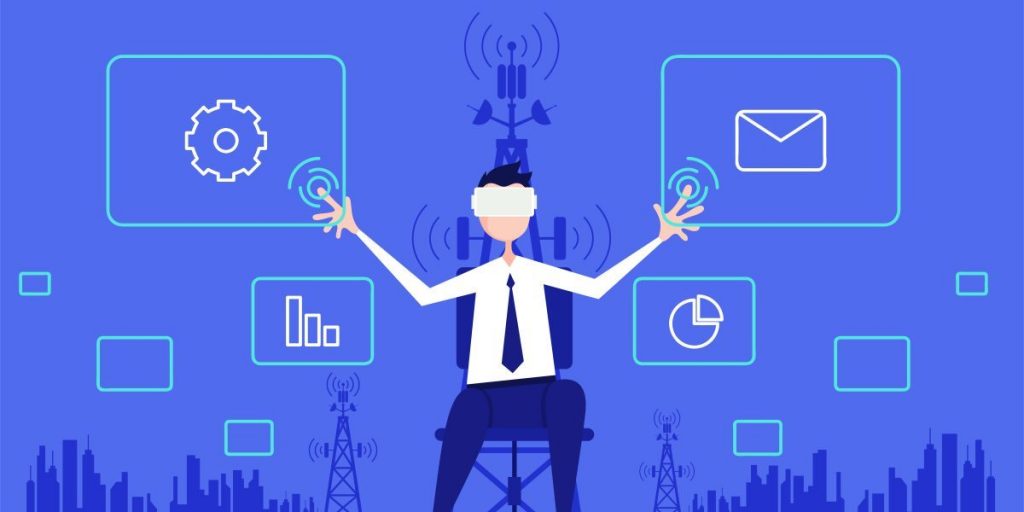 For the first time, the term “metaverse” was mentioned in Neil Stevenson’s fiction novel “Avalanche” in 1992. In the cyberpunk genre, the author described the double life of an ordinary pizza delivery man, who rarely had luck in everyday life, however, in the cyber universe he was able to become a famous hacker and warrior, who was responsible for saving the world. The work received a good response from fans of fiction, but the developers of the entertainment industry were seriously carried away by the creation of a utopian universe only recently, almost 30 years later.

The metaverse is an online ecosystem concept that combines the virtual online world and offline reality. There are different ways to enter it: the most common way that tech giants plan to use is VR helmets to get together for video calls. However, the concept of “metaverse” is broader than just working with virtual reality – in fact, in the context of modern IT, a metaverse can be called an infrastructure on the network, inside which a user creates his avatar and quietly exists, performing actions: creating content, changing currency, playing games. In fact, this is any world created on the web. But can any network structure be called a metaverse?

All that glitters is not a metaverse

The metaverse strives to become useful, full, like real life. Corporations specializing in IT and technology, realizing that metaverse is the new black, hurried to declare that their products will certainly be combined into the metaverse. Microsoft has announced an innovative Mesh system that, using VR and AR headsets, will allow people to work in a team while being in different parts of the globe, as well as create 3D models and interact with them. The US Army is currently working with Microsoft on the HoloLens 2 augmented reality headset, in which soldiers will be able to train and fight. Experts believe that mixed reality can be the key to improving teamwork.

On October 28, 2021, Facebook announced a name change — now the global network is presented as Meta. Despite the fact that virtual reality is not developing as fast as we would like (it may become mainstream only in 5-10 years), corporations are already making a huge contribution to the development of cyberspace. Meta has made large investments (to be more precise, 2.3 billion US dollars) in virtual reality — for example, it acquired Oculus, which produces entire lines of VR and AR headsets.

However, the problem with all that is that the concept of metaverse does not imply an exclusive environment into which strictly users of a certain network can penetrate using strictly defined gadgets. The idea of the metaverse is inclusive at the root: in fact, it is an additional reality to the existing one, into which everyone can penetrate. And the key aspect is communication and sociality: the conditional “avatar” inside the metaverse should socialize and communicate as in real life. It is really quite difficult and expensive to build such a universe, and it can only be done by joint efforts – not within the ecosystem of a certain brand. However, it is possible to build ecosystems according to the principles of metaverse – and, oddly enough, games were the first to take this path.

It started as a game

The metaverse is a product that appeared as a result of studying the trends of generation Z that appear in games. In games like Roblox and Minecraft, modern users focus not only on the entertainment process: social aspects play a more significant role for young people. In the online world, they can communicate and learn to work in a team: it turns out to be a kind of training of interaction with people, for example, before joining a work, school or student team. This type of gaming activity is especially useful for introverts: since communication takes place in a space in which the player is comfortable, he is relaxed and disposed to talk about common gaming topics.

Unlike millennials who prefer watching TV programs or movies in their free time, Ganz has the fifth most popular virtual reality vacation. 87% of Generation Z members play video games almost daily. In addition, a study conducted by The Center for Generational Kinetics (The Center for Generational Kinetics) showed that it is zoomers who practically do not see the boundaries between the physical and online worlds and are more integrated into cyberspace. For companies engaged in the development of metaverses, the younger generation is a kind of trendsetter. It is their preferences that set the vector of development.

The developer of computer games Epic Games has also taken a step towards building metaverse in his brainchild Fortnite. Celebrity concerts take place in augmented reality: Ariana Grande and Travis Scott’s shows are spectacular spectacles that have garnered millions of views on YouTube. There are also debuts of music albums. You can even witness Martin Luther King’s famous speech “I Have a Dream” (from English — “I have a dream”).

Having studied the most famous games that converge with the concept of metaverse – an open world in which you can freely move and interact with other players – you can understand that they follow several basic principles that can be applied when building an ecosystem:

In an ecosystem built on the concept of the metaverse, users create their own “avatars”, with which they communicate with other participants of the system. Despite the fact that in games the avatar is perceived as something virtual and unreal, in each individual ecosystem, the approach to avatars is different. For example, in Likee, it means a “digital fingerprint” of creativity and creativity of each user. These avatars are immersed in the ecosystem and interact in it with the help of available tools. Such tools can be both game mechanics and social ones – for social platforms

A metaverse-based ecosystem cannot exist without UGC – it does not function without the investments of other users. Content here refers to any contribution: from short videos to a simple user path within the ecosystem. In addition, it should be as simple and accessible as possible to enter it – only basic gadgets are needed.

Within such ecosystems, their own currencies work. In games, for example, there are “coins” that can be spent on new skins or features. Such economic systems can be found in many platforms including social media apps as well, where the special currencies are designed for users to exchange for items only available in that special community.

A community should be formed in the metaverse ecosystem – and this is not a matter of one day at all. So, Minecraft, a game whose principles of operation resemble metaverse as much as possible, was launched in 2009 and built a full-fledged community by about 2013 – it was this year that its popularity peaked. Animal Crossing, also following the metaverse concept, gained recognition during the pandemic – also mostly based on the community of previous games. In order to exist, the metaverse needs a permanent core of users-avatars who will use it regularly. Without it, it does not exist – as, in general, any other reality.

So what should we do with all that?

We hear your silent question: but it turns out that there is no metaverse as such? True, so far metaverse only exists as a concept, and without combining technology giants to work on a system with a low entry threshold – which any user who follows the rules of metaverse can enter – this idea remains a utopia. However, we can create ecosystems built on the principles of the metaverse, which we have outlined above. Such systems help the community to be more cohesive and motivate them to use these systems more and “better”. So, Likee, like any social platform, in fact, works according to the principles of metaverse – we give users tools for existence and interaction on the Internet. This allows them to open up creatively, communicate and create something new without leaving the application. In addition, our “metaverse” allows their digital avatars to try out several options for interaction: from personal messages and communication in a group of friends to joining mini-games.

Meta-universe is a much broader term than just an ecosystem in virtual reality powered by expensive gadgets. There is a very long way to go to create a universal accessible metaverse, which we will be able to do by overcoming more pressing problems: providing an even larger part of the population with the Internet, making equipment more accessible… However, the creation of ecosystems within social platforms based on the principles of the metaverse is the first step to allow users to feel comfortable in the virtual space, to let them understand how an additional reality can coexist with the main one. Naturally, the community plays a huge role in this issue – if you build a friendly community, there is a chance that the future of metaverse will come as soon as possible. The only question remains who will be the first and on the basis of which infrastructure the future metaverse will be built. Would there be only one mage metaverse for all and for good? Or would there be various multiple metaverses thriving in a symbiotic relationship, of which one would be the metaverse for a certain group of users like what Likee is doing? The answer is for you, the users, to build. 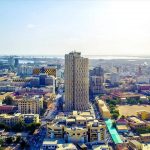 Karachi IT Park to feature 210 companies and over 8000 employees