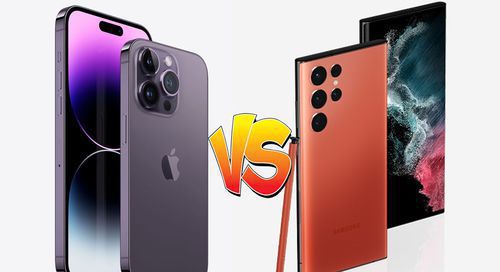 Although the iPhone 14 Pro Max and Galaxy S 22 ultra are exceptional phones and are entry-level versions in their respective ranges, let’s contrast and have a look at who comes out on top and which one to choose in terms of display, design, and price.

When we talk about both phones, iPhone 14 can undoubtedly make a strong case for being the superior model. Although Apple has persisted with a variant of last year’s A 15 Bionic chipset of the iPhone 14, the new handset will outperform the Galaxy S22. The camera settings are more advanced and modified to enhance low-light photography. Moreover, Apple has also added some new safety features.

However, we cannot discount the Galaxy S22; it feels like the phone has been out for ages. If we talk about the processor, it’s not as fast as what Apple covers in the iPhone, but Galaxy S22 provides solid performance. In addition, it enhanced its features by giving a telephoto lens on the back of the Galaxy S 22 and a 120 Hz display.

In contrast, The Samsung Galaxy S22 costs Rs. 299,999/- Pkr in Pakistan. The retail pricing of Samsung mobiles in official warranty is regulated by official dealers and warranty providers.

The phones are similar sizes -the iPhone is slightly taller than Galaxy. Both phones use a blend of glass and metal for their materials. The A 22 boasts an in-display fingerprint scanner, whereas Apple skips the step and uses only Face ID to unlock phones.

The iPhone 14 solely relies on eSim technology. The most significant difference between the phones may come from a sim card tray; the S22 features only one, while the iPhone does not. 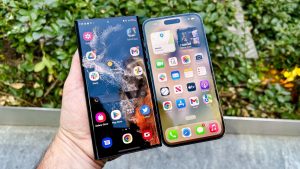 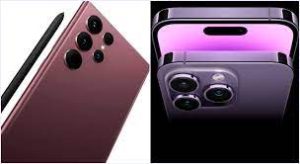 Apple has worked a lot on the latest iPhone 14 camera, which is why you can capture amazing photos even in low light. Though iPhone 14 has a 12 MP sensor for its main camera, the iPhone 14 Pro models have a 48MP camera.

Moreover, the sensors of iPhone 14 Pro models are even physically larger, having 1.9-micrometer pixels and a fast f/1.7 aperture. Due to the iPhone 14, you can take good photos in low light and better action shots. With a 12MP ultrawide camera, we can guarantee better low-light performance and also, you can capture more of the scene.

But, the Galaxy S22 has something in store for you that iPhone does not have-a an expensive Pro version. The Galaxy S22 has a 10MP telephoto lens on its back, joining the 50MP main camera and a 12MP ultrawide shooter.

Ultimately, S22 can pull off a 3x optical zoom, though the iPhone 14 has only a 5x digital zoom. The photo that iPhone 14 captures contains the exact colors of the object and a lot more detail of which shot the person took. But, if we took a picture of the sky from S22, the shade of the sky would be bluer. Moreover, if you continue zooming in with the S22’s telephone lens, we can click even more detail than iPhone 14.

Therefore, the iPhone is advantageous because of the hardware changes Apple made to the phone’s cameras and its new Photonic Engine that calls out more detail while you process the image. iPhone 13 cannot capture a good shot like iPhone 14 because Apple made some improvements in their new phone to capture good pictures in low light, but S22 captures a perfect photo ignoring the shadows.

If we talk about the video front, the iPhone 14’s new Action mode is a fantastic addition, especially when you or your subject are moving. Stacking footage shot by an iPhone 14 allows it to defeat Samsung Galaxy S22’s super steady mode, as iPhone 14 video looks more colorful and smooth. So Samsung S22 cannot win in a competition with Apple. 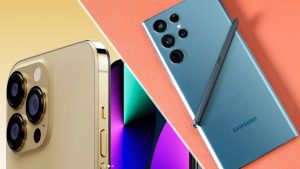 Apple still dominates the mobile industry regarding raw performance, even though it used an older processor, last year’s A15 Bionic. Mention that this chip is powering all four iPhone 13 models. But A15 Bionic in iPhone 14 has a 5-core GPU instead of a 4-core in iPhone 13’s chipset version.

Likewise, if we consider the general performance, the iPhone 4 posted single- and multicore scores of 1,727 and 4,553, respectively, and tops the S22’1,204 and 3,348 results. The iPhone 14 also scores better in the gaming area, churning out 69 frames per second in 3DMark’s Wild Life Unlimited test compared to S22’s 60 fps score. Apple worked on the iPhone 14 because Galaxy S22 beat iPhone 13 in this test. Due to the higher score, iPhone 14 is a clear winner.

iPhone 14 and iPhone 14 pro max are excellent overall, but we are still disappointed with their battery life. Otherwise, iPhone 14’s result is way ahead of than Galaxy S22. The battery of the Galaxy S22 lasts 7 hours and 51 minutes, almost two hours less than the average phone.

But, Samsung’s flagship beats the iPhone 14 in one area involving a battery that charges faster, supporting 25W charging. Though Galaxy S22 is not as fast as other S22 models as they have 45W charging speeds, it is good than the 20W charging speed of the latest iPhone 14. 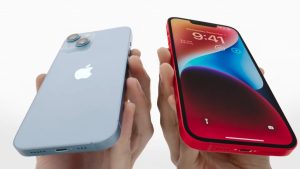 Some of the unique features of the iPhone 14 include supporting crash detection in which sensors inside the phone will tell if you have a car accident and notify emergency responders. This feature of the iPhone allows it to defeat Samsung Galaxy S22.

The iPhone 14 already has iOS 16 preinstalled, which means that it has all the top features of that software update having a customizable lock screen, the ability to edit text messages and the updated apps. According to reports, the One UI interface Samsung is building on top of Android 13 is still under process, which is the reason Galaxy S22 owners cannot get the latest version of Android till the end of this year.

On the other hand, Samsung offers better software support to its customers. Android 13 will hopefully be the first of four guaranteed software updates from Samsung among its Galaxy S22 phones, and we expect the security updates in the fifth year. Besides, with iPhones, you must expect five years of updates; that is why the support gap is closing. Hence, iPhone 14 is a winner because of its upcoming features in the fall. 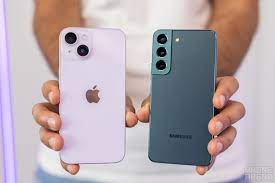 You have to decide which phone to buy, though we have told you all the essential aspects of the iPhone 14 and Samsung Galaxy S22. 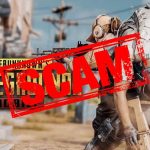