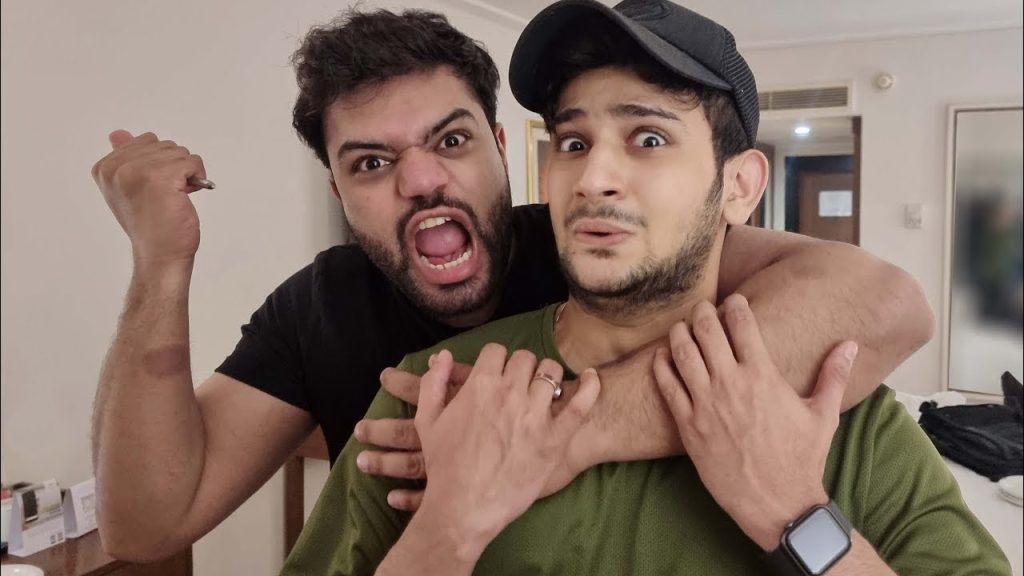 Though the Pakistani Youtubers scene is far behind other countries like India and the Youtubers have a far less audience but it’s getting better and now Pakistani Youtubers have started to get some real attention lately. Recently, home-based chefs’ recipes, entertainment, beauty product unboxing videos, pranks, entertainment, tech videos, and a variety of other high-quality material have gained popularity, allowing YouTubers to gain more subscribers and monetize their channels in a short period of time.

YouTube has released lists of Pakistan’s top trending videos, music videos, creators, breakout creators, and shorts for the year 2022. It is safe to say that Pakistani audiences were entertained throughout the year by a diverse range of content.

Maaz Safder, a well-known YouTuber from Pakistan, holds the record for maintaining a vlog continuously for a full year. He posts videos on Instagram and blogs. He began his journey for TikTok and later appeared in the game show “Game Show Aisa Chaley Ga” on Bol Entertainment, where he played a crucial part. His fans can find all the information about Maaz Safder’s biography and his personal and professional achievements.

He used to record and post a daily vlog throughout the entire year, and after putting in so much effort, he established a record that nobody in Pakistan has been able to match. Maaz Safder is currently one of the most known TikTok stars in Pakistan with 359.213K+ followers on the platform. Maaz Safder is well-liked not only on the app for lip-syncing but also on Instagram, the photo-sharing app. Maaz Safder username is @maazsafder on TikTok. Fans would love to know the fact that he has worked on numerous commercials due to her enormous popularity on social media. He started his YouTube channel on Jan 14, 2020, and he posted his first video on Feb 13, 2020. Now he has more than 2M subscribers on YouTube with 470+ videos and 507,947,808+ views.

Ducky Bhai, a popular Pakistani YouTuber, Vlogger, Comedian, Roaster, and online Gaming Player, was born on Sunday, Dec 21, 1997, in Lahore, Pakistan. His real name is Saad Ur Rehman. Ducky Bhai is well-known for roasting his fellow YouTubers, TikTokers, and other celebrities. Ducky is well-known for his altercations with Pakistani-turned-Canadian YouTuber Sham Idrees and prankster Shahmeer Abbas Shah. They later reconciled following a series of abusive and violent videos directed at each other.

Pakistani YouTuber Ducky Bhai specializes in roasting. He has 3.5 million YouTube followers and resides in Lahore. He also has a 2 million-subscriber gaming channel, and he only posts gaming videos on Ducky Extra. Recently, Ducky Bhai and Aroob Jatoi got engaged, and now it can be called Ducky Bhai wife is also a vlogger. She launched a new channel and in just 11 hours attracted 100,000 subscribers. Ducky Bhai’s income can leave you in wonder as one of the richest and most well-known YouTube stars is Ducky. According to Forbes, Business Insider, and Wikipedia, Ducky Bhai’s net worth is estimated to be $1.5 million.

Ijaz Ansari is chief food recipes creators who have 4.8 Million subscribers on his Youtube channel. He makes recipes of traditional Pakistani food and western food as well and has gained a lot of attention just like many other creators in Pakistan who have also gained success by using this similar formula.

Salman Noman is a Pakistani social media star who has earned popularity through the lip-syncing app, TikTok. With 458.901K+ followers on TikTok, Salman Noman is considered one of the most popular TikTok stars in Pakistan. Later he shifted from TikTok to Youtube and started making Youtube shorts and has gained a lot of success on the platform. He currently has 10.4 Million subscribers just by making shorts and reels on Youtube.

BaBa Food RRC is also a food recipe channel but rather than just sharing traditional food recipes, they also share health-conscious diets and desserts and have a very lively relationship with their followers, and have gained a lot of viewers with their method.  BaBa Food RRC has over 3.63 Million subscribers on their Youtube channel.

Maaz Safder is a Pakistani social media star who has earned popularity through the lip-syncing app, TikTok. With 359.213K+ followers on TikTok, Maaz Safder is considered one of the most popular TikTok stars in Pakistan. He only used to appear on his brother’s channel in the beginning but soon started making content for his own channel and has also gained a following of his own.  He currently has over only 760K subscribers but the reach of his videos makes it appear on the list rather than other channels with much more subscribers.

Sistrology is a YouTube Channel, which is managed by five sisters. These 5 sisters are one of the best Youtubers in Pakistan with more than 1.45 Million subscribers on Youtube. They make different types of videos like funny videos, family vlogs, travel vlogs, etc, and then post them on their social media accounts. These 5 sisters are most famous among many other influencers in Pakistan. They live in Lahore, Punjab, and Pakistan. They manage many social media accounts like Youtube, Instagram, Facebook, and others. Many Pakistanis like their content.

Zulqarnain Sikandar is a fabulous and the most-liked Pakistani Tik Tok star who is running a very successful Youtube channel for a long time and has gained 1.34 Million subscribers on Youtube. He is well-known for his unbelievable lip-sync funny videos on the Tik Tok application. His date of birth is May 25 1998 which born in Lahore, Punjab, Pakistan. He performs greatly with surprising acting skills in each comedy video. Currently, Zulqarnain Sikandar’s age is 22 years old in 2021. He has a tremendous fan following on the Tik Tok and Instagram accounts, making a good proportion of money. He remains reliably unique on various online media stages. Hence, he has 11.8 million lovers on Tik Tok continuing forward toward 12 million very soon, and moreover an appointed muser on Tik Tok. Zulqarnain Sikandar is moreover renowned on Instagram and has more than 2 million allies on his Instagram account.

Mr.How is a tech educational channel run by young Pakistani. He provides information about online money-making platforms and opportunities. He has gained a respectable status from his followers as he has taught thousands to make money online techniques and have been successful. He has more than 1.1 Million subscribers on his Youtube channel.