All the upcoming iPhones of 2019 may feature a triple rear camera setup, according to this new report.

The Japanese Apple blog Macotakara is making some unusual claims about the 2019 iPhone lineup. Where, the previous rumors had suggested that the 2019 lineup would be direct successors to the 2018 iPhone XR, iPhone X,  and iPhone XS Max and only the two high-end versions will feature triple camera system, the new report says that all three of them will have it.

Meanwhile, the increase in the size of iPhones would bring the size of the phone’s OLED screen in line with this year’s cheaper iPhone XR, which has an LCD display panel. Along with changes in screen size, the Macotakara also reports that the successor of the iPhone XS Max will once again sport a 6.5-inch OLED.

In the 2019 iPhones, the Cupertino giant Apple will make the chassis thinner (partially) in order to neutralize the maximize the size of the triple-lens camera bump. In addition, the main body of the 6.1-inch OLED model will be about 0.15mm thicker than the current iPhone XS chassis, but the camera bump will extend less, by about 0.5 mm, as the Japanese media outlet reports.

This report has certainly adopted a different point of view as compared to the rumor mill consensus of a simple evolution of the current 6.1-inch LCD and 5.8-inch/6.5-inch OLED configurations. However, we must take all of this with a pinch of salt until Apple officially responds to it. 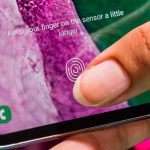