A shocking report has revealed that Android makers are ‘rushing’ to make fingerprint sensors under the display for the upcoming smartphones of 2018 and 2019 as reported by Digitimes.

The Android manufacturers are reportedly looking to implement Qualcomm’s ultrasonic fingerprint scanners rather than recreating the most criticised 3D facial recognition used by iPhone X as it is too costly to make. The report also says that an Infrared depth-sensing facial recognition system in the iPhone X is far too expensive for Android to offer in its handsets. 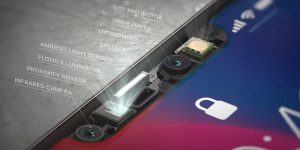 The cost of hardware and software in the TrueDepth 3D sensors are around $60 per unit which is quite high when manufactured in vast quantities. Android manufacturers are worried that the Infrared dot projector systems might trigger a possible patent infringement if they try to make a similar tech.

Talking about Qualcomm technology for ultrasonic-based fingerprint scanners, which is insanely awesome tech that the fingerprint will be on the display of the cellphone’s glass and work even if fingers are wet or greasy. It is reported that Samsung Galaxy Note 9 and Huawei Mate 11 might feature in-screen fingerprint sensors. There is only one smartphone which is Vivo X20 Plus UD, with an in-display fingerprint scanner.

These are some premium pieces of hardware that make Apple’s Face ID use a combination of an infrared emitter and sensor (which it calls TrueDepth) to throw 30,000 points of infrared light on and around your face and also capture flat or 2D infrared images. Whereas the Face Unlock of Android is a software feature which requires some help from smartphone’s camera to scan a 2D image for various facial features, which is fast but immature tech.

What comes as a surprise is that Huawei is also rumored to use the in-display fingerprint technology because just a few months ago, it demoed a face recognition system that was taking 300,000 data points for face recognition. In fact, Huawei claimed that it is doing a better job than Face Id of iPhone. 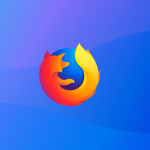