If you’re an Internet user in Pakistan or if you have access to a newspaper, chances are you’ve heard about the Cybercrime Bill of the Apocalypse that will eat your lunch, take all your money, smash your petunias, and destroy everything you have ever loved. Be afraid. Be very afraid.

Have no fear, I am here. Because we were starting to get pretty dazed ourselves, we decided to trust our own senses and get to the bottom of this mystery.

Now to boldly go where no media circus has gone before. Presenting: The Truth or Something Like It.

“The Cybercrimes bill has already been passed, there’s no use protesting about it now!”

No, that was a draft. But thanks for playing.

No, unless you routinely post death threats to religious minorities and/or make unwanted sexual suggestions towards women you come across on Facebook. In which case: yes–but we doubt you’ll be missed.

“The proposed spam law is so broad, I could go to jail for Facebook messaging a friend about today’s college assignment!”

Yes. That is exactly what the government wants: prevent you from doing your homework. Try telling that to your professor.
Keep in mind the clause requires “illegal marketing” and the expressed wish of the receiver to “unsubscribe” in order to count something as spam. So make sure you also offer to sell your friend smuggled AK-47s, but only after they tell you to quit asking them how many columns the professor wanted all the info sorted into because they already told you, like, three times during college.

“My hobby is street photography. Under this bill, I could be charged for posting photos of people without their permission!”

Rest assured, your Diane Arbus and Humans of New York inspired dreams are safe. If you intend to harass and/or blackmail the people photographed in your streetscapes, however, then we might have a problem.

“All I want to do is read some news, maybe blog something while having a nice lunch and this Bill orders my favorite restaurant to keep tabs on my browsing activity!”

The PEC expands the definition of “service provider” to include anyone who owns and operates a publicly accessible wifi network. It also orders them, under penalty of law, to keep records of all traffic data for up to one year. In case you were wondering, it defines “traffic data” as absolutely any data your restaurant can keep related to your Internet usage. But hey, look on the bright side—this could be the start of a long and beautiful friendship…with whoever is assigned to monitor you all. It’s like the NSA but so much closer to your home. Maybe with tastier cookies. You like cookies, don’t you?

“This Bill steps all over my constitutional rights and allows the government to block whatever it wants, whenever it wants, without being accountable to anyone but itself!”

What, you mean you didn’t want to live in an Orwellian nightmare nanny state where your every move online is watched and the government decides it’s better suited to being your moral conscience than your actual moral conscience, especially when its own interests are at stake? Then you shouldn’t have signed up to be born in Pakistan.

“Hey wait! There are NO such clauses about harassment or spamming or even censorship in the draft approved by the National Assembly!”

Well, who would’ve thought that? You’re right. There are multiple versions of the “final” draft in circulation on the Internet. The version on the NA website, that Minister of IT Anusha Rehman insists she has and that she can confirm was tabled in front of the National Assembly, contains no clauses whatsoever regarding spam or harassment. (Yay? Boo?) On the other hand, noted industry representatives such as P@SHA have access to another “final” version of the draft that includes all these clauses and more. Which witch is which?

So…there are different versions of the draft being used by each side of the debate, there’s an “official” version on the National Assembly’s website and a different “official” version on the websites of the organizations protesting this, and there many competing interests and conflicting sources, and there are potentially some VERY important rights hanging in the balance. This article is by no means an exhaustive analysis of the bill(s) and Tech Juice will keep following this issue, including reaching out to all parties concerned for comment as the story develops , but at this point it’s anyone’s guess what the best way forward is. We don’t know where this will end up or whether we’ll be better off or not. But one thing is for sure: no number of sleazy social media teams or scumbag politicians can take away from the fact that this issue has managed to get more of the public actively interested in digital rights and the future of the Internet than we’ve seen in a long time.

Written by Fatima A. Athar 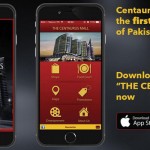 Now you can explore Centaurus Mall through a Mobile Application