Pakistan’s only and first-ever tourism-focused satellite TV channel – Discover Pakistan went live on Saturday; it was announced by the channel’s social media pages while also urging the local cable operators to begin broadcasting the channel.

The channel is broadcasting in HD – high definition to project the country’s natural wonders internationally, in the best possible way. The TV channel aims to do so with original documentaries, coverage of tourism-related events and developments, and a morning show highlighting Pakistan’s soft image.

The TV channel, which was hailed as a fulfillment of Prime minister Imran Khan’s vision, in the announcement, had been in the pipeline since at least 2017, with plans to launch soon. Since then, the channel had been promoting Pakistan’s scenic beauty, historical places, and notable areas to visit through its social media pages, having developed an impressive following of nearly a million on Facebook alone.

Discover Pakistan’s live streaming is available through its apps present on the Google play store and Apple.

The development comes amid a strong focus on promoting tourism by the incumbent government in a bid to generate greater revenues from the tourism industry. Some of these efforts include Pakistan’s first tourism incubation program for startups launched in Abbottabad in 2017, the Punjab Tourism App that was downloaded more than 10 thousand times in a brief period of 24 hours of its introduction, and the engagement of local YouTubers to promote tourism by the government. 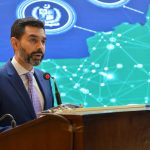