DreamX claims the top prize on the last day of APIthon 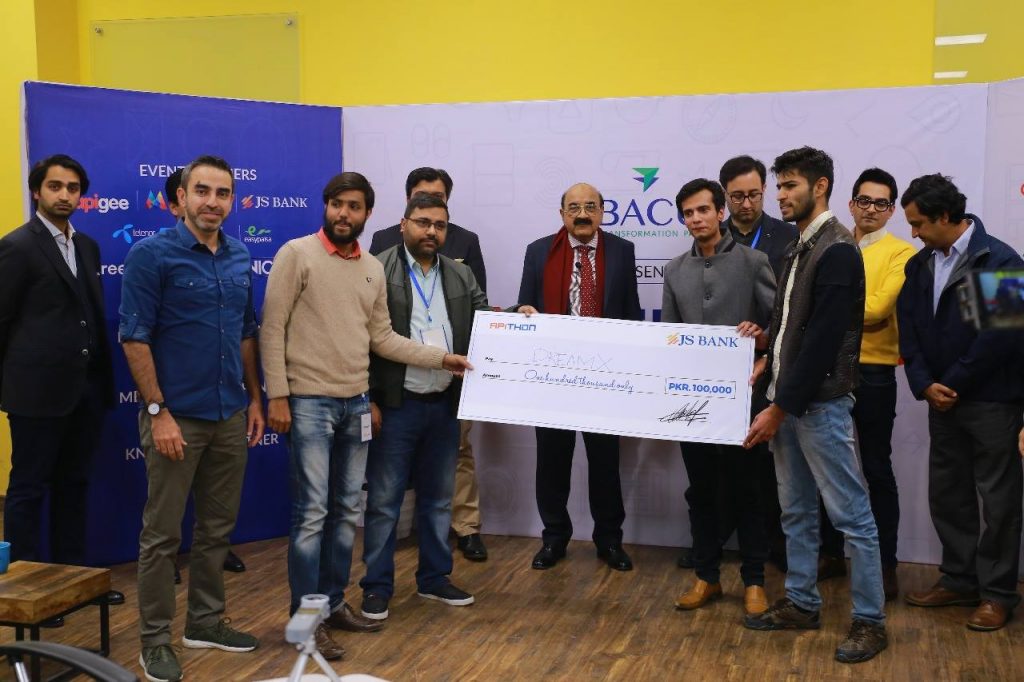 The last day began with a little bit of more hacking magic. All the teams wanted to give the finishing touches to their ideas and applications to make them ready for the presentations in front of judges. Each team was expected to give a 5 minutes presentation which was to followed by 10 minutes of questions and answers with judges. A total of 14 different startups presented their ideas and they were evaluated on the basis of how competitive the idea was in the current market, how well it used the APIs given by the partners, and the extent to which their ideas were developed.

Bike rental platform ‘Bike it’ won the 4th position at APIthon. The whole premise of ‘Bike it’ revolved around providing cheap and easy bikes to those who wish a cheap and environment-friendly conveyance method. The users can request access to a nearby bike and then unlock it by scanning a QR code on the lock device of the bike. 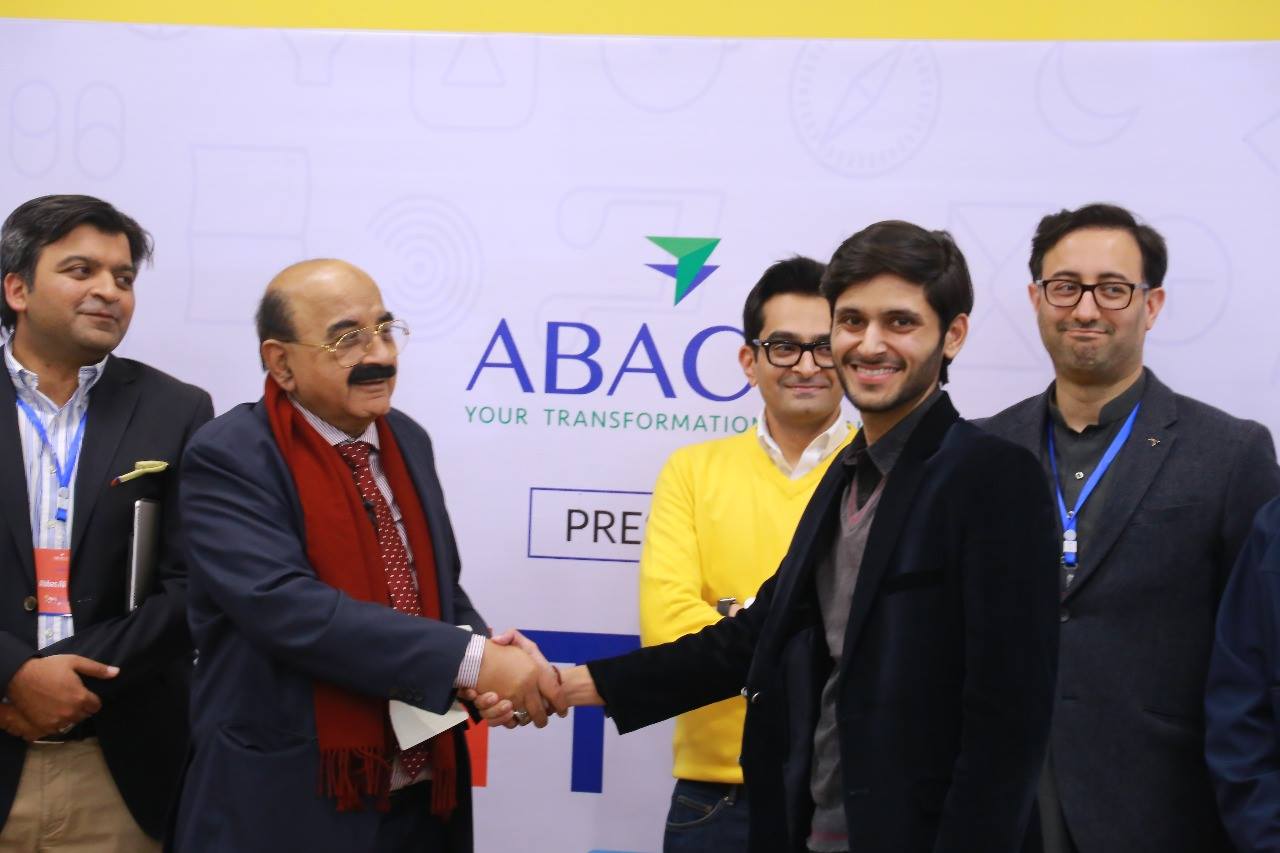 ‘Bike it’ used payment APIs of EasyPaisa in their application. They will be accelerated to the final round of National Incubation Central Lahore, where they will get a chance to participate in the second Cohort.

The second runner-up of APIthon was declared to be ‘eKhata’, an e-commerce platform looking to digitize and rebuild the lower end of the business spectrum. With features linking local markets like Anarkali and Shahalmi. 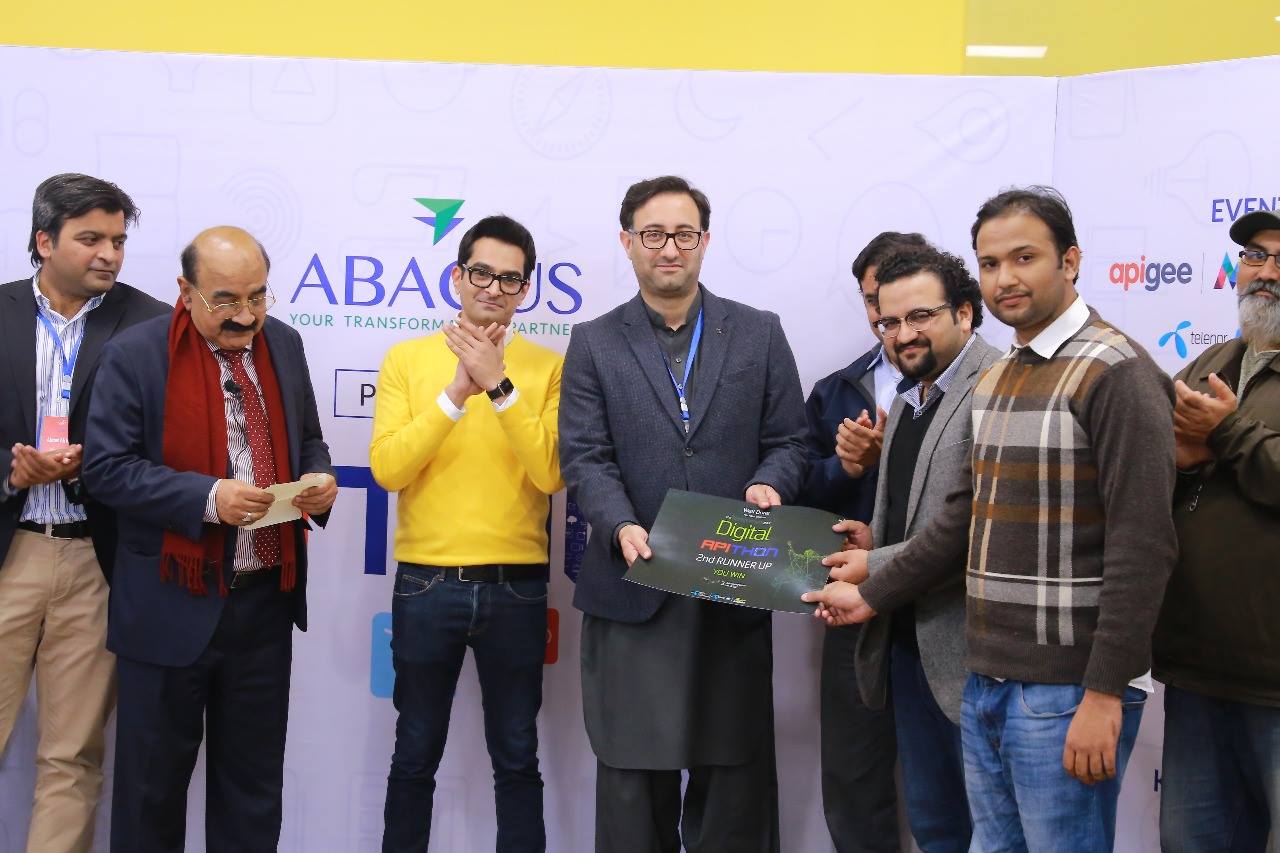 ‘The team of ‘eKhata’ used the APIs of EasyPaisa and JS Bank related to payment and account creation. They were awarded VR sets for being named the second runner-up of APIthon.

A team of 3rd semester CS students, who came up with the idea of ‘Repair Wala’, were termed as the first runner-ups in APIthon. ‘Repair Wala’, as the name suggests, is an online platform which helps users in getting their electronics like Mobile phones repaired. By availing their services through the online platform, users can get a repairman to come to their home and fix their device without ever leaving the house. 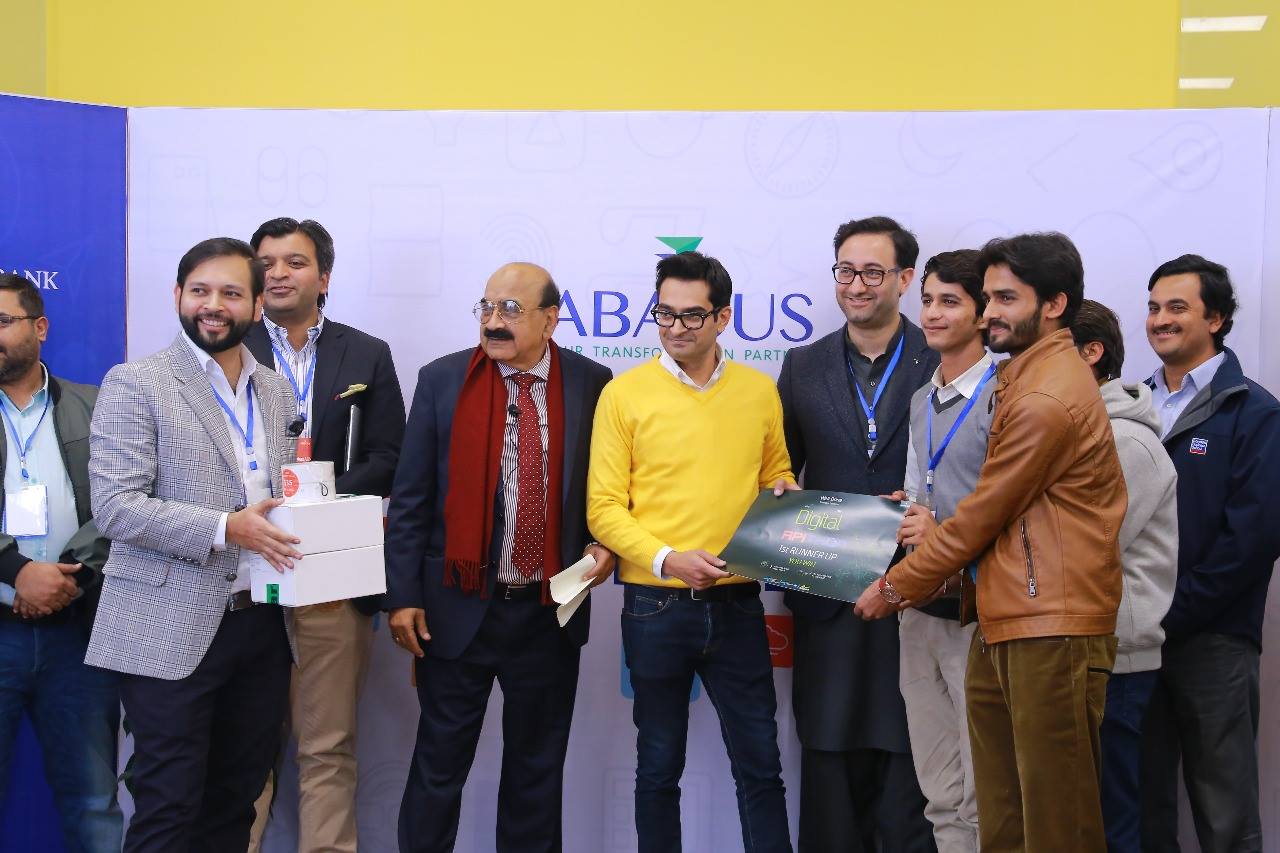 ‘Repair Wala’ used EasyPaisa payment API to make payments seamless for anyone looking to book a repair. They were given a Samsung Gear Smartwatch and Gear VR headsets.

The winners of APIthon was the startup with the name of ‘DreamX’. Their application was a chatbot which aimed to replace traditional banking experience. Instead of going through menus and whatnot, users can simply converse with a chatbot to perform their banking transactions. A user can simply say, “I wanna pay my electricity bill”, and the chatbot will understand him and perform that transaction from him. 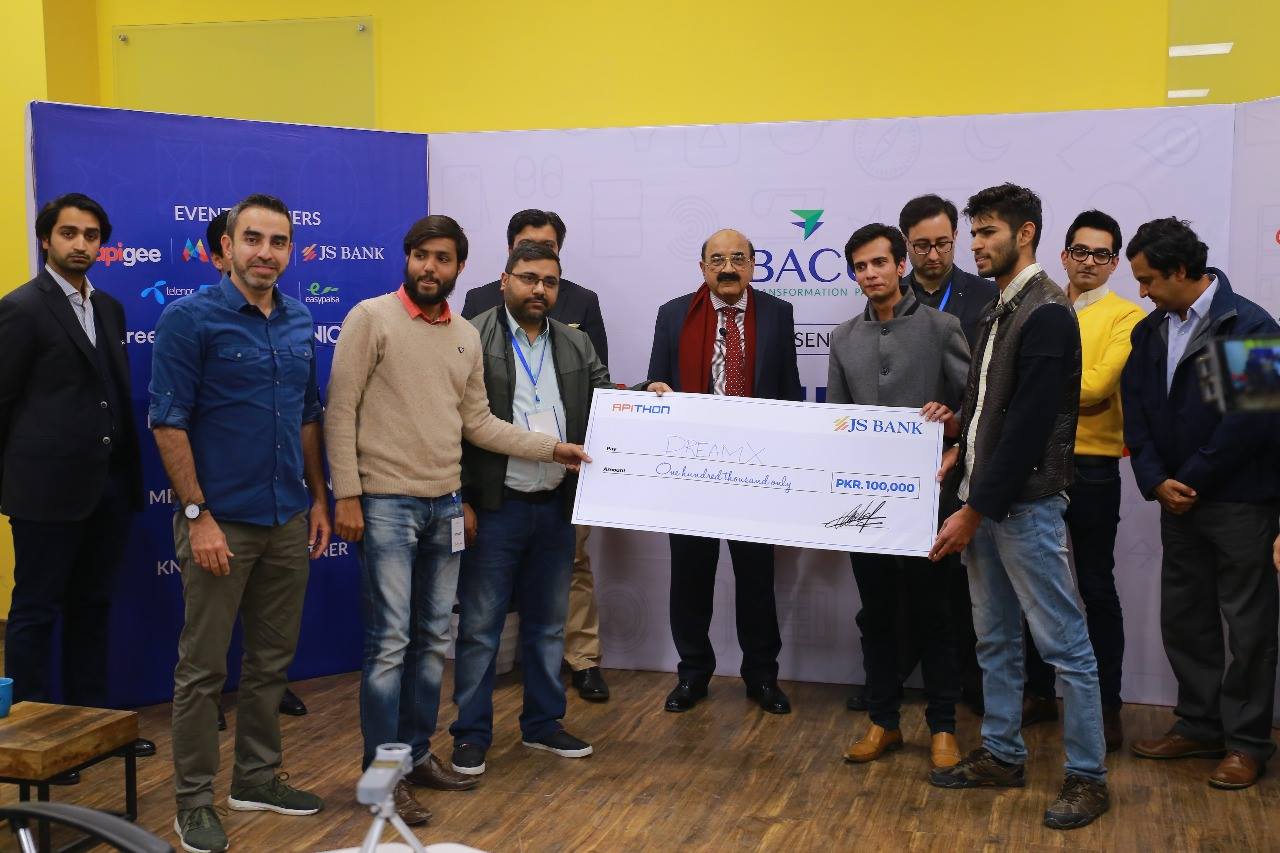 The winners used the EasyPaisa API to perform transactions specified by the user. They were given a check for 100,000 Pakistani Rupees.

APIthon ended up being a huge success for everyone involved and provided a great platform for every participant to learn about the importance of APIs. Hopefully, more such events will be arranged in the future which encourages the sharing of resources and ideas among different companies in the technological space of Pakistan. 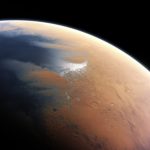