Social media company Facebook is testing its all new pre-loaded ‘Instant Video’ feature with a small number of Android users. The new feature will download Facebook videos to your smartphone while you are connected to Wi-Fi so that you can watch videos on the go, it will also save your mobile internet data. Such videos will be marked with a lightning icon.

“When you’re on Wi-Fi, we’ll save some videos for you so you can watch them without using mobile data,” said, Facebook.

It is however not clear that how the company will determine to download a video whether the company will download the video without the consent of the user or will it ask the user for the permission. The feature was first spotted by The Next Web’s Matt Navarra.

It is highly likely that the company is testing this feature to boost the viewership of its newly launched Watch Tab, where you will soon be able to watch original content which Facebook will produce in collaboration with different content producing companies.

Aside from testing a pre-loaded ‘Instant Videos’ feature, Facebook is also testing a solar-powered drone to give internet access to the people living across the globe. Additionally, the company is also reportedly working on a smart speaker, which will allow users to send messages from the speaker with the help of a voice-dictated text messages feature. 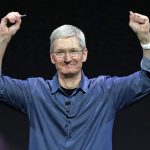