HTC vs Samsung: Why HTC Phones are better 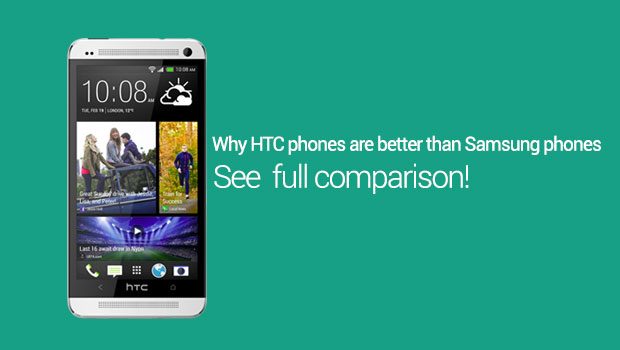 We have noticed that whenever people talk about Android their conversations mostly include either a Samsung Device or a HTC Device. HTC and Samsung have come out as the biggest Android Phone manufacturers in the market and the competition we are seeing lately between them is huge.

Every year new devices are released by these manufacturers thereby boosting their rivalry and to add fuel to the fire; The fans and followers of both device manufactures are always ready to troll and do fuming discussions on which manufacturer is better.

So, HTC vs. Samsung, which one is better? And which manufacturer’s  device should you buy next?
Keeping in mind the latest gadgets released by both of the manufacturers we are inclined to say that HTC is truly a winner. HTC has set a new bar for how gadgets should be crafted beautifully by giving attention to every nook and corner in the design process. 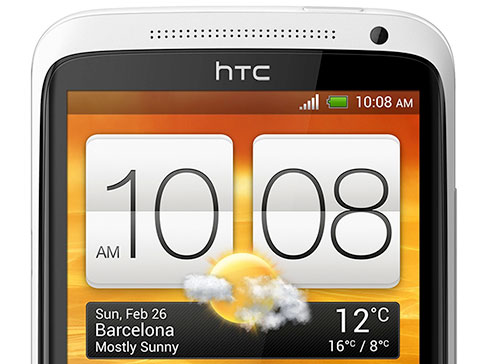 We haven’t really seen any innovation from Samsung in terms of design recently. The Galaxy Series has nothing extraordinary or iconic design. Samsung is focussed more on packaging the same plastic devices with more processing power and is truly ignoring the looks and feel of the device.

On the other hand HTC makes every device with a special unique design giving users a great choice of choosing different designs in their devices. From plastic to aluminum HTC has experimented with everything while Samsung has consistently used plastic in its entire lineup making every Galaxy device look alike. Honestly, a normal user can’t differentiate between S3, S4 and Galaxy Note 2. 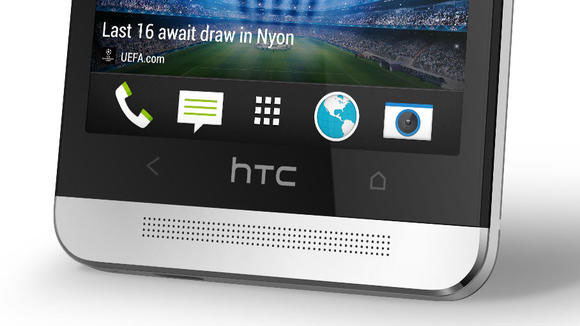 Although Samsung devices does give the best performance but who would mind a beautiful hardware too and that’s where HTC focuses. HTC One is one such example. It’s the best-designed phone yet and hopefully the next best-designed phone will be made by HTC too. HTC puts many little details worth noticing in its phone, which play a main part in making the phone look astonishing. One X, One S, Butterfly series, all have intriguing details like the sleek metallic texture in One or the sweet different color ring around cameras and headphone jack or the perfectly designed corners. This level of detail brings a luxurious feeling. Devices made by Samsung don’t have many details they don’t feel classy at all. 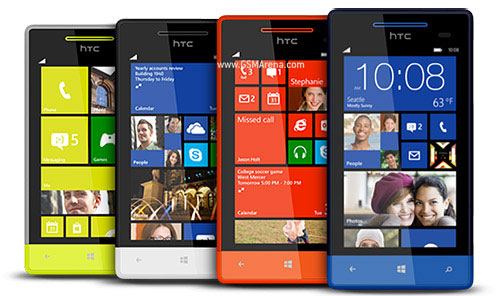 Whether HTC makes windows phones or android phones both seem to have a user friendly and easily understandable environment. HTC tends to make everything easier for the user on the other hand Samsung is trying to do this but it hasn’t quite accomplished this yet. It’s because they are focusing on their phone’s specifications rather than focusing on the experience. Therefore Samsung’s next flagship Note 3 might have 3GB RAM but still no level of customer satisfaction. HTC devices come in different colors too giving users a wide range of choices to pick a device with favorite colors on the other hand Samsung Devices come in different shades of White and Black. Samsung should learn this and make its devices more colorful therefore making the environment more colorful.

A big disappointment in Samsung’s Latest Galaxy S4 was that it still had the unexciting old interface of its other devices while on the other hand HTC completely redesigned the interface with new icons and new animations giving the phone a completely refreshed look and that was not the end of it because in September they are planning to launch new and improved Sense 5.5 with Android 4.3 which has even better control over the phone. We get Android updates on Samsung but still no new touchwiz updates and sadly there’s no news of Samsung changing the interface.

The sense interface, the ultra pixel camera, the drastic change in design were all big risks taken by HTC which would either work or be the end of the company. HTC CEO Peter Chou said that the HTC One was a big risk and they are not scared of taking risks. Samsung doesn’t have this kind of attitude Samsung sees its already popular devices and make changings in them. People would love to see something completely new and refreshing from Samsung perhaps the Note 3 with a completely different design and interface.

So what your opinion on HTC vs Samsung? Which one do you prefer? And which one will you buy next? Share your comments with THE APPJUCE.

7 Things we hate about Phablets