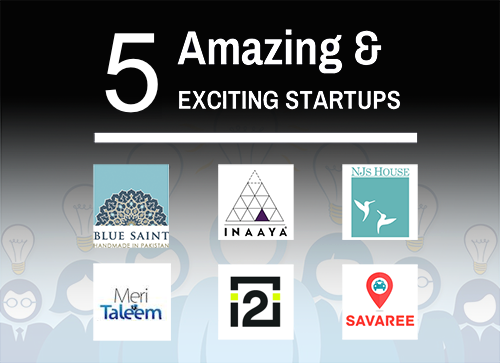 i2i, Invest 2 Innovate is one of the most prominent accelerators in the country and after shortlisting, they have finally revealed the five lucky teams that will become a part of the i2i family this year. To learn more about i2i and its founding principles, don’t miss out on this TechJuice exclusive conversation with the amazing Kalsoom Lakhani.

The five selected teams have been officially announced on the i2i official blog and their details are as follows.

Dheere Bolo
Dheere Bolo is dedicated to building new and exciting education curriculum for students using techniques such as storytelling which will help enhance creativity and critical thinking. Dheere Bolo is similar to 3Restart, startup from the last cycle, that is creating games educational games that will aid in the learning process.

Inaaya
A fashion brand that empowers women in Sindh by providing them employment and livelihood. Inaaya has already partnered with Sana Safinaz, a well known fashion brand and debuted at Pakistan Fashion Week 2014. Their efforts have also been highlighted in Vogue India. In terms of idea and principle, Inaaya is very similar to another successful startup, Popinjay that is currently being run by Saba Gul.

Blue Saint
Blue Saint is a platform that will facilitate the sales of handmade products from all over Pakistan through an eCommerce site. In doing so, it aims to preserve and showcase Pakistan’s cultural crafts to an international audience. Blue Saint is the not the first initiative of its kind. Previously, Plan9’s Markhor (formerly Hometown Shoes) has used the same model and seen immense success.

MeriTaleem
MeriTaleem caters to students by offering them information regarding education opportunities, providing services such as career counselling and helping in online admissions. The founder of the startup, Usama Shahid Khan is also the force behind Cloud9 Startups, the only incubator in Islamabad region. It seems odd that the man behind Cloud9 Startups, a well known incubator is looking for acceleration through i2i. Does this mean Cloud9 Startups is officially over? More on this as the story unfolds.

Savaree
Savaree is Pakistan’s first carpooling app to hit the Google Play Store. It allows drivers to post routes and departure dates and times, and passengers can search for the best fit from the available routes and then easily hitch a ride with freind, saving fuel and conserving the environment by reducing traffic. Savaree recently announced that it will launch its Web App during its incubation at LUMS Center for Entrepreneurship. After the completion of the 3 month cycle at LCE in September, Savaree will be joining i2i cycle. It seems that the team still needs acceleration, guidance and investors so that they can further develop their business model and product.

The i2i cycle will start in September. During these four months, the teams will go through intensive training and will have access to some incredible mentors and investors. Best of luck to all the selected teams! 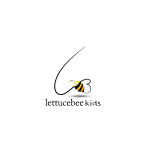 How Lettuce Bee Kids is Transforming Digital Literacy for the Unprivileged