BEMGALURU: India’s first Private space launch company is all set to put a satellite into orbit in 2023. The company expects to be able to do so at half of the cost of established companies.

According to Skyroot Aerospace, the Hyderabad based company supported by Singapore’s GIC sovereign wealth fund. Says that the $68 million it has raised will fund it’s upcoming two launches.

As business plans to expand its network to provide broadband services like SpaceX, starlings and to power applications like tracking supply chains or monitoring offshore oil rigs. However, thousands of satellite launches are anticipated in the upcoming years.

Besides, Skyroot has to compete with both the established and  upcoming rocket launch rivals that also promise to bring down costs. Moreover, China is leading in producing the low cost satellite. Galactic Energy put five satellites into orbit last week, in its fourth successful launch.

In Japan, Space One supported by Canon electronics (7739.T) and IHI corp (7013.T) decides to launch 20 small rockets per year by the mid of the decade.

In contrast, Skyroot has launched a test rocket last week. The launched drocket expects to cut down the cost by 50% comapred with current pricing. It has a competition with Richard Branson’s Virgin Orbit and California based Rocket Lab USA Inc. 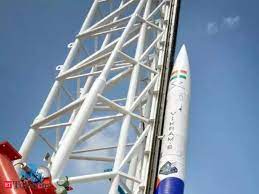 According to Pawan Chandna, a Skyroot’s co-founder told Reuters, the news that he is expecting a high demand in company’s launched services of it proves itself with the launches set for next year.

Most of the users have been establishing constellations and will be launching them in the next five years, he said.

The Modi’s government is taking interest to increase India’s share of the global space launch market from just 1%. The step has been taken to give confidence to the investors that government is supporting the new launch.

However, three or four months back when we were talking to investors, one of the main question was whether the government is supporting the project or not?. Said by Bharath Daka, co-founder of Skyroot.

Indeed, India has opened the doors to private space companies in 2020  with a regulatory overhaul.A new agency to boost private sector launches.

Besides, companies were working as a contractors to the Indian Space Research organizations (ISRO).  A government space agency with a reputation of its own for frugal engineering. However, the country’s mars mission in 2014 cost only $74 million, less than the budget of the Hollywood space movie “Gravity”.

Skyroot was founded in 2018 when Chandna and Daka left their jobs from ISRO. They had a target to develop rockets for one-fifth of the current industry cost.

Alas, the Skyroot rocket reached 89.5 kilometers altitude in its test phase. It has used carbon fiber components and 3D printed parts including thrusters. With 3D printing, company believes it can build a new rocket in just two days. 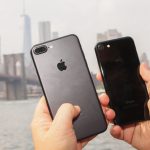