Facebook is all about making the experience of their over 2 billion active users worth while. For quite a while now the social media giant has been pushing video content on their platform. In a similar effort to keep Facebook abuzz with activity we have now learnt that users will now be able to make their own GIFs using the camera in the Facebook app.

This feature is currently only available to a small set of test users but it is believed that it will roll out to the public soon. In order to make GIFs on their phone, all you’ll have to do is swipe left on your Facebook app to open the in-built camera app. On the top you’ll see two options: Normal and GIF. Just tap on GIF to make your own creations and adorn them with filters from Facebook. 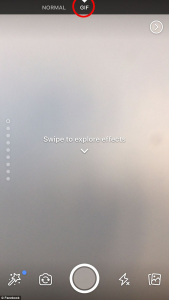 GIFs have gained enormous popularity particularly among the millennials and Facebook was a little late to the party. Users were first introduced to GIFs in 2015 by being allowed to paste the URL of a GIF from an external site. Then later that year GIFs in the form of 7 second videos for profile pictures. They weren’t met with much enthusiasm as majority of users continue to use photos for their profile pictures. Facebook then introduced GIFs in their Messenger which have turned out to be quite popular as users have sent out 25,000 GIFs per minute since the launch and 13 billion GIFs were sent out last year alone. Just last month, Facebook also rolled out the in-built GIFs to be posted in Facebook comments.

Since Facebook has jumped on the GIF bandwangon, it seems like the new feature to make your own GIFs will be rolled out to the public very soon! 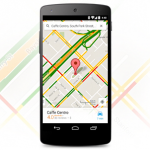