Meet Micropower Labs, a Pakistani startup with customer base in 35 countries 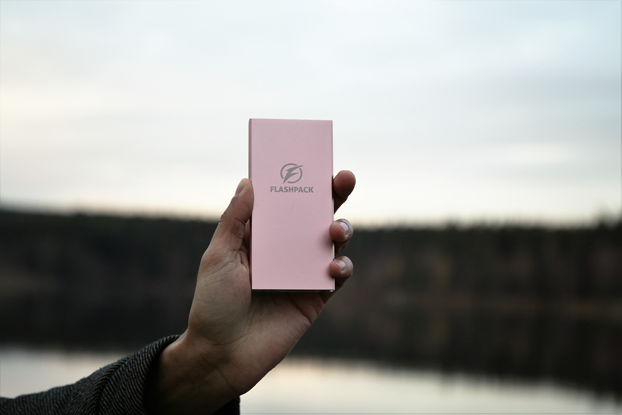 The cell phone industry is one of the most rapidly burgeoning ones worldwide. In Pakistan alone, cell phones make up 31% of all exports and there are over 140 million mobile subscribers. Though the number of mobile users has increased, the number of hours required for charging a cell phone stands as one of the main issues faced by consumers. According to a survey, 60% of smartphone owners face battery anxiety. The mode of charging makes no difference whether wall sockets or from power banks. Having identified that, how about a power bank that can be charged up in merely 15 minutes? Well, one such thing exists and the inventor behind the amazing product is a Pakistani!

Micropower Labs is a technology innovation company that has been, for the past two years, developing next generation devices and gadgets of daily use. ‘FlashPack’ which charges up within 15 minutes and potentially lasts a whole day is one of its first products. Both the ‘flash charging technology’ and ‘charge protection circuitry’ are patented.

Hardware startups are very hard. Especially in Pakistan when there are not many options available for prototyping and developing sophisticated products. A major chunk of local startups and businesses have been relying on the Chinese market for their production needs. Micropower Labs is also relying on the neighboring country China for their production setup. FlashPack is fully assembled and packaged in China before being shipped off to the startup’s warehouse in Singapore. From here, it is dispatched to Pakistan and other countries.

Ever since the product launch, the majority of ‘FlashPack’ sales have been closed in the United States and European regions. The first batch of 500 units was completely sold out last year and the second batch of 1000 units has already had 40% worth of sales.

Both of these top-notch products are the creation of Abdullah Soomro, who is the founder and CEO of Micropower Labs. Having graduated in Mechanical Engineering from GIKI in 2014, he was inspired to design this flash-charging power bank while he had been working on another project. After consulting with professors, he decided to validate this idea and eventually set up his own startup company.

The validation happened instantly through a crowdfunding series. The startup raised 100,000 USD in funding through an Indiegogo campaign and several international investors. In this way, the company built a customer base in more than 35 countries. Abdullah has many exciting plans for the upcoming year including the formation of an R&D collaborative space aiming to create future subsidiary companies for utilizing its patented technology.

The first batch of 500 units was completely sold out last year and the second batch of 1000 units has already had 40% worth of sales.

The startup was also inducted in the most recent batch of Telenor Velocity. By virtue of Telenor Velocity, Micropower Labs has increased its credibility and reached potential customers through Telenor’s huge customer base in Pakistan. Promotional messages were sent out to about a million users of Telenor Pakistan in a marketing campaign to identify prospective customers. Furthermore, A/B testing was also carried out and the analytical responses were monitored to decide website hits of different SMS messages.

Before entering Telenor Velocity program, Abdullah used to believe that he wouldn’t be able to generate much sales in Pakistan due to his premium-quality priced power banks as compared to others in the market. Things changed when he met Shayan Tahir, Founder of HomeShopping Network at Velocity’s flagship StartupMeet event.

Shayan helped Abdullah realize the massive potential waiting to be unlocked in the local market. After carefully reviewing the suggestions made by Telenor’s analytics team and Shayan, Abdullah realized it would not be difficult to sell a quality product to effectively targeted customers.

Moving forward, the company is working on expansion plans to shift its operational base to Singapore and will now be called as Micropower Labs SG Private Ltd. At Singapore, the startup plans to start a Rent-a-Power-Bank service where there will be pop-up hubs around the city where people would be able to take or drop the power banks to charge their devices on their daily commute.

The next version of FlashPack will be launched by August 2017 with bigger capacity and additional option to charge laptops from the power bank. The startup is also eligible for a future 100,000 USD follow-up grant from Startup Chile in September 2017 if it achieves the required number of sales targets.

Other Startups at Telenor Velocity

3 Replies to “Meet Micropower Labs, a Pakistani startup with customer base in 35 countries”