TechJuice > News > Pakistan is one of the worst countries for journalists, RSF report

Pakistan is one of the worst countries for journalists, RSF report 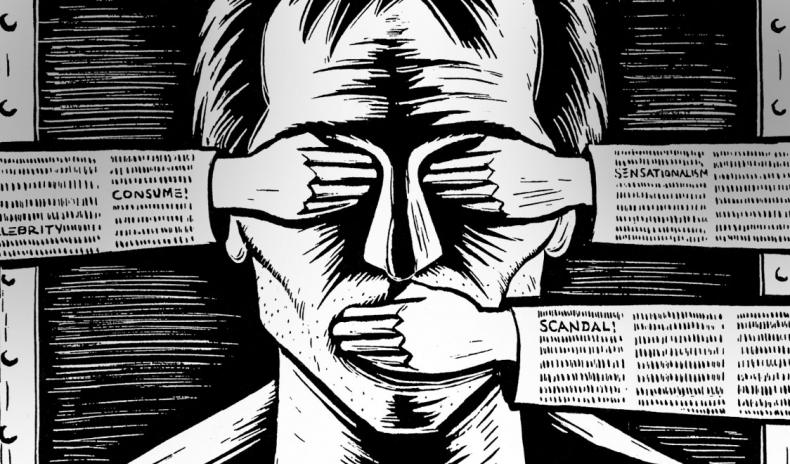 According to RSF’s World Press Freedom Index 2018 report, Pakistan has been proclaimed as one of the worst countries for the journalists. Reporters Without Borders (RWB, better known as RSF) is a non-profit organization that promotes and defends the press freedom all over the world. The report is concerned with the problems faced by the journalists in their countries such as threats, physical abuse, government pressure, and political leverage. Based on the detailed and well-analyzed aspects regarding journalism in a region, it ranks from best to worst countries for the press freedom.

Moreover, it gives the scores to the countries ranging from 0 to 100 to highlight the level of abuse, underlying situation, and overall global score. The lower the score, the better the region for the journalism. Based on the score, the countries are categorized with a color on the world map. As such:

Now coming to the point, out of 180 countries, Pakistan stands at the 139th position which falls into the red color for ‘bad’ – if not the worst – for the journalists and the press freedom, in general. As far as the scores are concerned, Pakistan has got the Abuse Score of 49.70, Underlying Situation Score of 41.64, and Global Score of 43.24.

Our country had the same position back in the RWB’s 2017 report, proving it hasn’t been able to improve the menacing situation of the journalism at all. It doesn’t matter what type of press is in question like technology related, political or any other, the report speaks for the overall journalism.

As per the report, “The Pakistani media are regarded as among the most vibrant in Asia but they are targeted by extremist groups, Islamist organizations and the feared intelligence agencies, all of which are on RSF’s list of predators of press freedom. The various warring parties are always ready to denounce acts of ‘sacrilege’ by the media. The central and regional governments and members of political and religious organizations are also quick to harass, threaten, or physically attack journalists regarded as insufficiently sympathetic to their views. Deadly attacks against journalists continue to take place every year, even if the number has tended to fall in the past five years.”

RSF also includes a ‘Barometer’ of journalists killed for making ‘unsympathetic’ reports. Unfortunately, Pakistan has one or two names in the list each year from 2015 to 2018. You can check the barometer from here.

How do you feel about this? Let us know in the comments below. For more, keep following TechJuice.

previous
Elon Musk is making a cyborg dragon and here's what House Targarian thinks about it
random
next
100 million phones to have in-screen fingerprint sensors by 2019, report
Trending Posts