Twitter said Thursday it plans to offer a subscription service in which users would pay for special content from high-profile accounts, part of an economic model to diversify its revenue.

“Exploring audience funding opportunities like Super Follows will allow creators and publishers to be directly supported by their audience and will incentivize them to continue creating content that their audience loves,” a Twitter spokesperson told AFP.

Top Twitter executives discussed Super Follows while outlining goals and plans for the near future during the streamed presentation.

“We are examining and rethinking the incentives of our service — the behaviors that our product features encourage and discourage as people participate in the conversation on Twitter,” the spokesperson said.

Super Follows was described during the presentation as a way for Twitter audiences to financially support creators and receive newsletters, exclusive content and even virtual badges in exchange.

Twitter, which currently makes money from ads and promoted posts, might be able to add additional revenue via the Super Follows transactions.

Creative Strategies analyst Carolina Milanesi was not convinced people will be inclined to pay for special content on Twitter.

No timeline was given for when Super Follows might become a feature, but it is expected that the tech giant will make further announcements in the coming months. 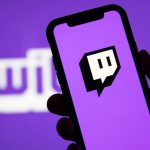