WhatsApp, the most widely used messaging service around the world is planning to curtail spammy content. WhatsApp is not quite popular for updating its app, however, its fewer updates are quite significant for its users. As of now, the messaging service seems to be testing another update that will alert users if they receive a message that has been considered as spam (forwarded many times), or if they are about to forward one of these messages to other users.

The spammy messages are quite annoying for many users, as they are often based on the fake or old news which has been forwarded many times. The new algorithm of WhatsApp will notify its users that the content has been frequently shared, as reported by TechCrunch. Whatsapp is reportedly testing a new feature in its app, which will alert users when they will receive a new message by saying. “Forwarded Many Times” right below the sender’s name. Similarly, when you will send any spammy messages like these, WhatsApp will alert you by saying, “A message you are forwarding has been forwarded many times.”

There are rare chances that chain messages of Whatsapp contain any sort of scams. However, some popular messages circling around in the app urge users to pay in order to use a service. For instance, you might have seen a message with a link of non-existent service called ‘WhatsApp Gold’, and another one that recommends you to open a legitimate-looking document, which may contain malware and can steal your personal information.

WhatsApp has already been facing this problem as most of the times fake news has been propagated over the platform. The social networking sites are already facing criticism over the allegations that they spread the fake news in the US Presidential elections.

Last week, Whatsapp was reportedly facing a security flaw in its group chat feature that allowed anyone to add themselves to your conversation. 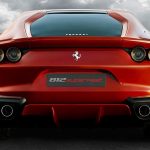